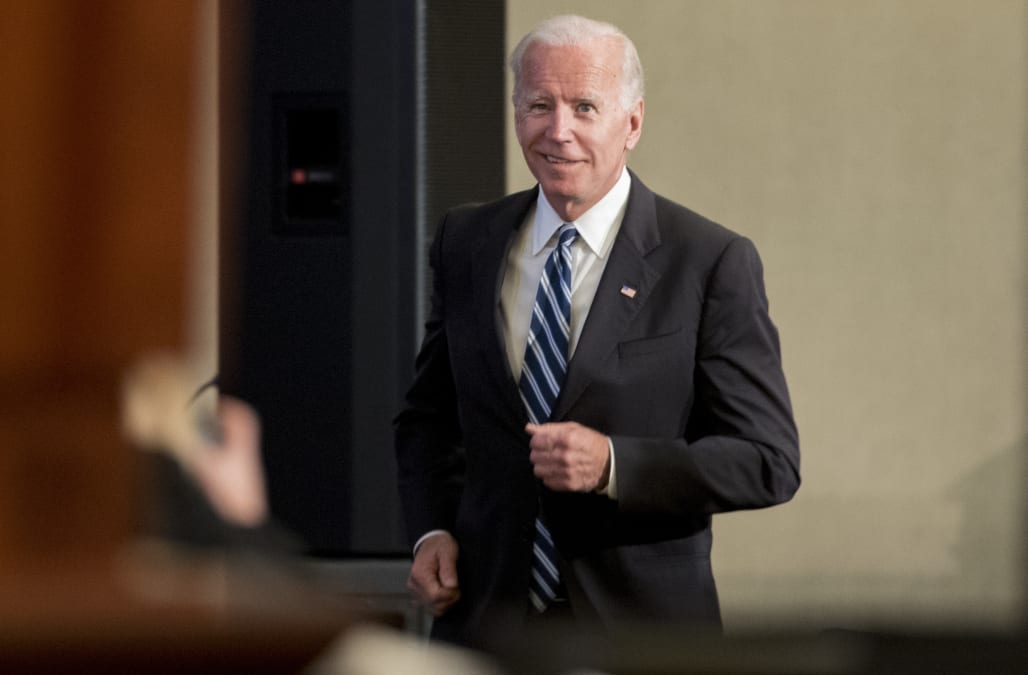 “Joe Biden got tongue tied over the weekend when he was unable to properly deliver a very simple line about his decision to run for President,” Trump wrote in a tweet. “Get used to it, another low I.Q. individual!”

Trump appears to be referencing a verbal slip Biden made at Saturday’s Delaware Democratic Party dinner.

Biden stated that he has the “most progressive record of anybody running.”

He quickly added: “Anybody who would run. I didn’t mean it.”

Biden is regarded as one of the frontrunners for the Democratic presidential nomination but has yet to announce whether or not he will enter the 2020 race.

In the past, Trump has described Biden as his “dream” opponent for 2020.

During an interview in July, Trump was asked to weigh in on who his Democratic opponent will be.

“Well, I dream about Biden. That’s a dream,” Trump said. “Look, Joe Biden ran three times. He never got more than 1 percent and President Obama took him out of the garbage heap, and everybody was shocked that he did. I’d love to have it be Biden.”