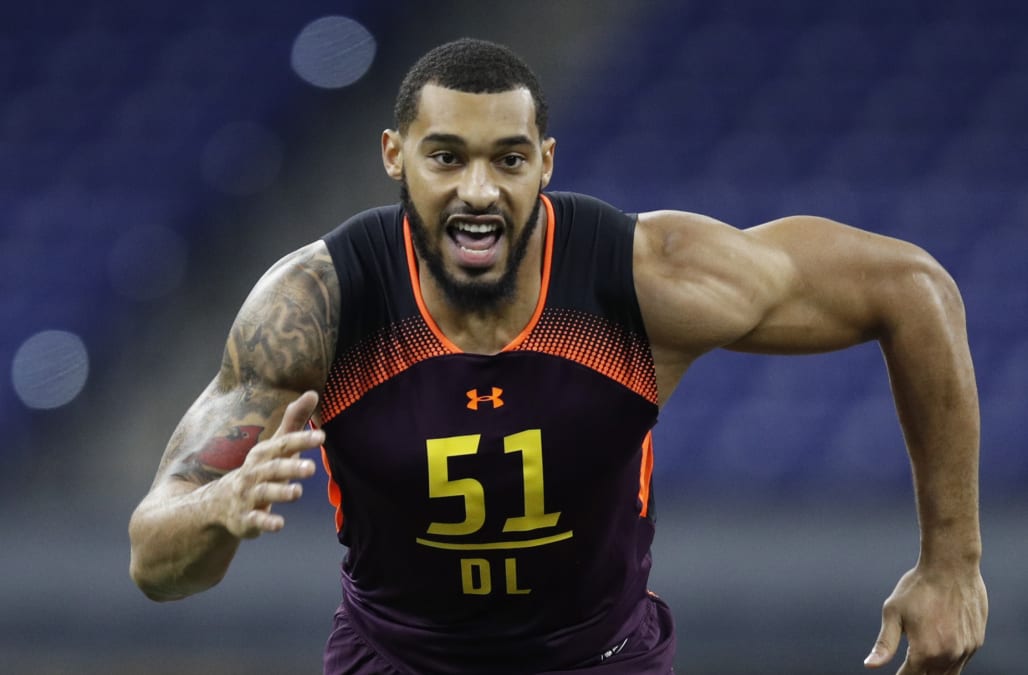 Mississippi State defensive end Montez Sweat, a possible top-10 pick in the 2019 NFL draft, reportedly was flagged for a pre-existing heart condition at the NFL scouting combine, according to NFL Network’s Ian Rapoport.

The condition had not previously been detected. Typically combine officials are extremely conservative on these matters and will prevent players from working out when cardiac issues are detected.

But Sweat was allowed to work out in Indianapolis, and the 6-foot-6, 260-pound edge rusher put on a show with a 4.41-second 40-yard dash and a 125-inch broad jump. His on-field workouts also were exceptional.

(Photo by Michael Reaves/Getty Images)
Up Next

"Because of privacy issues we are not allowed to comment specifically. But I will tell you that this is not news. Montez is the same person that was medically cleared to play and dominate the SEC, the Senior Bowl, and the NFL combine. No change in health and no change in domination!"

Last year, Michigan defensive tackle Maurice Hurst was flagged for a heart issue and kept from performing at the combine, even though it was a condition that had previously been detected. Still, Hurst, a player who was roundly viewed as a top-50 talent, fell to Round 5 to the Oakland Raiders. Back in 2013, Utah defensive tackle Star Lotulelei also was prevented from working out at the combine, but once further evaluations revealed that it was not a life-threatening issue he went 14th overall to the Carolina Panthers.

Sweat’s diagnosis certainly clouds his draft picture a bit, but it’s possible that he still could go very high in April’s draft if he’s given the proper clearance.