Trump threatens ‘SNL’ with federal investigation because they mock him 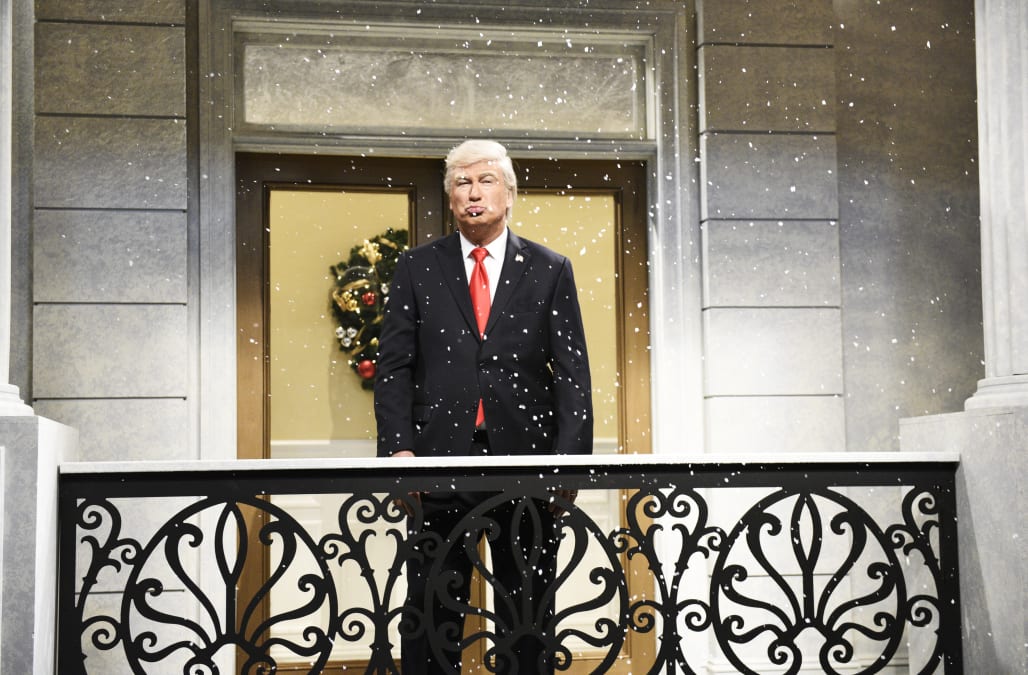 Donald Trump threatened “Saturday Night Live” and other late-night shows with a federal investigation for poking fun of him, calling it in a Sunday tweet, “one sided [sic] media coverage.”

“It’s truly incredible that shows like Saturday Night Live, not funny/no talent, can spend all of their time knocking the same person (me), over & over, without so much of a mention of ‘the other side.’ Like an advertisement without consequences. Same with Late Night Shows,” the POTUS wrote.

“Should Federal Election Commission and/or FCC look into this?” he added in a subsequent tweet. “There must be Collusion with the Democrats and, of course, Russia! Such one sided [sic] media coverage, most of it Fake News. Hard to believe I won and am winning. Approval Rating 52%, 93% with Republicans. Sorry! #MAGA”

“SNL” ran a repeat Saturday of the Christmas 2018 episode in which the cold open — titled “It’s a Wonderful Trump” — had Trump get his wish that he had never become president, and the circle of people around him led happier lives as a result. The president was clearly fired up when that episode originally aired on Dec. 15, tweeting at the time, “It is nothing less than unfair news coverage and Dem commercials. Should be tested in courts, can’t be legal?”

“Comedy programs are under exactly zero legal obligation to be even-handed in their satire, regardless of whether the butt of their jokes is a political figure,” Law&Crime columnist Elura Nanos wrote Sunday. “Similarly, news programs are legally permitted to be as one-sided as they like. As an agency of the federal government, the FCC must adhere to the limitations set out by the First Amendment — which means that censoring speech based on its political content is as illegal as it gets.”

“Saturday Night Live” is a satire show that has mocked every president since Gerald Ford in 1976,  along with a number of political figures. President Trump hosted “SNL” on April 2004 and Nov. 7, 2015.

More from The Wrap:
‘Serial’ Witness Asia McClain on the Last Time She Saw Adnan Syed: ‘He Didn’t Seem to Be Jealous’