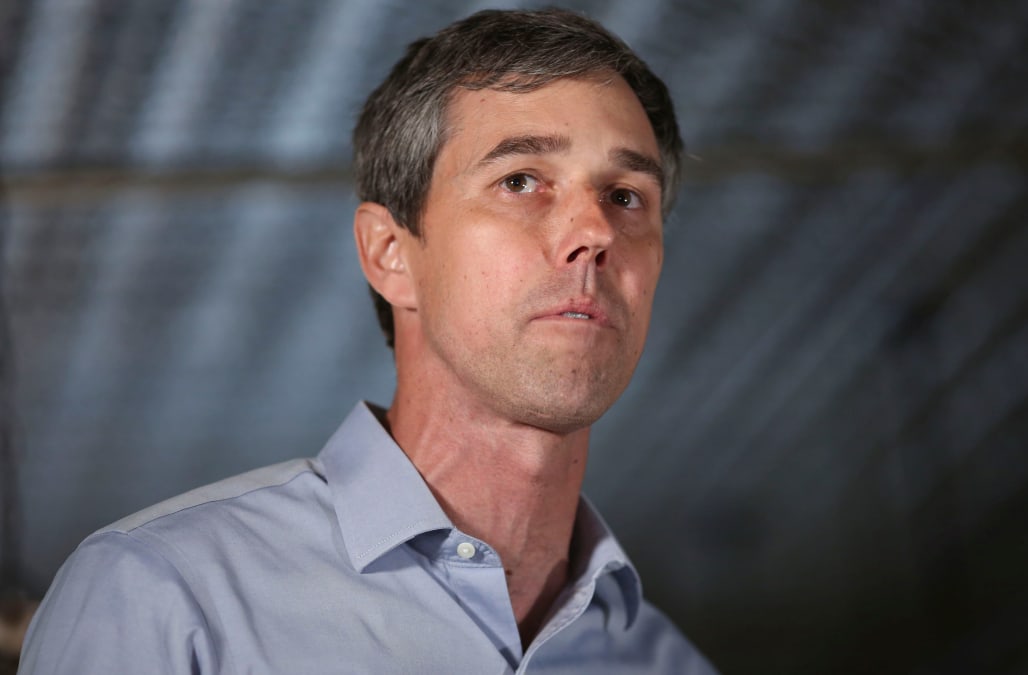 WASHINGTON — Former Texas congressman Beto O’Rourke’s colorful past helped fuel the presidential campaign he launched this week. His résumé includes time spent in a punk band and, as revealed in a piece in Reuters on Friday, membership in an early hacker collective called the Cult of the Dead Cow.

According to Reuters reporter Joseph Menn, there is no indication that the teenage O’Rourke engaged in the “edgiest sorts of hacking activity” like breaking into computers while part of the group. But his participation did include creating short pieces of writing known as “text files” under a nom de plume. Archived versions of writings attributed to O’Rourke’s alias “Psychedelic Warlord” include one that criticized some women as “sluts,” mocked them for having “violent boyfriends,” and suggested a way to deal with these women was to call them “completely ugly,” or inform “Nazi Skins in your area” that they had “AIDS.”

Rob Friedlander, a spokesperson for O’Rourke — who would have been in his late teens at the time the piece was published — declined to comment on this story beyond pointing to comments the candidate made on the campaign trail in Iowa on Friday. The El Paso Times reported O’Rourke acknowledged his membership in the Cult of the Dead Cow at one event in Iowa. However, the newspaper also pointed out that he “did not say whether he regrets his involvement.”

“It was something that I was a part of when I was a teenager in El Paso a long, long time ago,” O’Rourke said of the group.

O’Rourke later said he regretted the writings during an interview with a podcast in Iowa.

“I’m mortified to read it now, incredibly embarrassed. But I have to take ownership of my words. … I have to look long and hard at my actions … and I have to constantly try to do better,” O’Rourke said, according to the Texas Tribune’s Patrick Svitek.

The various pieces of text attributed to O’Rourke’s alias were all dated between 1987 and 1989, a period when he was under eighteen. They included a mix of fiction and commentary. And while one of the files had derogatory remarks about some women, the Reuters article credited O’Rourke with having “tried to do something about sexism in the male-dominated world of hacking” by pushing for the Cult of the Dead Cow to admit a female member. The text file with the misogynistic language was not referenced in the Reuters article.

Even before he kicked off his presidential bid on Wednesday night, O’Rourke was the subject of intense speculation and media coverage stemming from his unexpected close finish in an ultimately unsuccessful Senate bid against Republican Ted Cruz last year. Much of the avalanche of attention that has been heaped on O’Rourke has focused on his punk past and penchant for skateboarding.

Menn reported that one of the Cult of the Dead Cow’s core activities was operating bulletin boards where members of the group wrote and distributed their text files. According to Menn, O’Rourke contributed these essays as a teenager using the Psychedelic Warlord handle. O’Rourke discussed his role in the group with Menn. Some of these Cult of the Dead Cow writings that are attributed to O’Rourke’s alias are still archived online.

“ULTRA TRENDIES are usually the ‘scene sluts’ that many of the menfolk admire so. They show up, get drunk with the band, and tell the lead singer, ‘I really like your music.  I think it’s a lot like the Sex Pistols. Sooo… you wanna fuck?’” Psychedelic Warlord wrote.

The writer went on to accuse these women of “only” liking the Sex Pistols and the group’s frontman, Sid Vicious, and suggested this affinity led them to enter into abusive relationships.

“ULTRA TRENDY females hook-up with violent boyfriends because, (yeah… you guessed it) ‘He’s so much like Sid Vicious!’” Psychedelic Warlord wrote.

After describing the characteristics of these “ultra trendies,” Psychedelic Warlord offered suggestions for how to handle these people. The ideas included encouraging interactions between the “ultra trendies” and Neo Nazis as well as mocking their appearance.

“Tell the Nazi Skins in your area that this certain ULTRA TRENDY has AIDS. … To kill an ULTRA TRENDY female, show her a picture of what she’d look like without make-up. … Tell him or her that they’re completely ugly,” Psychedelic Warlord wrote.

While the Reuters report did not discuss the text file about “ultra trendies,” it did quote from other things O’Rourke wrote for the collective as “Psychedelic Warlord” that can be found in the same archive.

In one, of these other pieces, Psychedelic Warlord writes from the perspective of a narrator who confronts a feeling of boredom and aimlessness by going on a killing spree including hitting children with a car. The piece, which was dated 1988, continues with the narrator describing the murder as an “act of love” and saying the feeling it provoked was “simply ecstasy.”

“I had killed nearly 38 people by the time of my twenty-third birthday, and each one was more fulfilling than the last,” Psychedelic Warlord wrote.

Another archived Psychedelic Warlord piece for the Cult of the Dead Cow was a 1988 interview with a Neo Nazi street preacher. In that piece, Psychedelic Warlord described the person’s beliefs as “horrible” and said they shared Nazi’s perspective because they “do not support Neo-Nazism in any way” but “also do not believe in censorship.” The Psychedelic Warlord also wrote about their own ideology in one 1987 file where they envisioned a society without money.

“Think, a free society with no high, middle, or low classification of it’s [sic] people. Think, no more money related murders, suicides, divorces, or theft,” Psychedelic Warlord wrote, adding, “Think, no more families living below a set poverty line or children starving to death because of a lack of money.  You’re probably telling yourself, ‘sure, this sounds great, but how would we ever accomplish this?’”

Psychedelic Warlord went on to note this would likely be impossible to achieve without bringing down the government.

“I fear we will always have a system of government, one way or another, so we would have to use other means other than totally toppling the government (I don’t think the masses would support such a radical move at this time). We (as a people) would have to do it more or less non-violently, for if we use violence, we would never have the support of the masses of people that make up our society,” Psychedelic Warlord wrote.

The writings also included some youthful attempts at profane humor such as a 1988 poem Psychedelic Warlord crafted for the Cult of the Dead Cow.