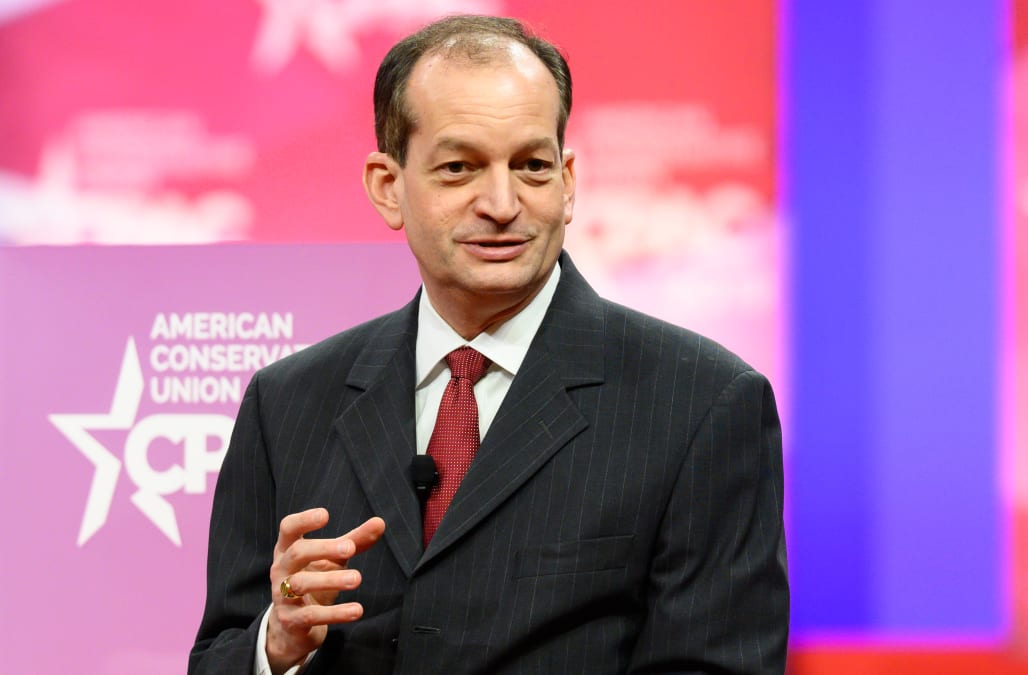 Acosta—the only Hispanic member of Trump’s cabinet—has faced sharp criticism for the leniency he showed as a U.S. attorney in Miami to Jeffrey Epstein, an accused sexual predator. Epstein is alleged to have engaged in the sex trafficking of underaged girls, yet the plea deal to which he ultimately agreed—and which Epstein brokered—had him admit guilt only on two minor prostitution charges.

Though that deal was struck 11 years ago, full details have only recently been brought to public attention. The revelations about Epstein, which come during a time of #MeToo and a broader conversation about disparities in the criminal justice system, have led to calls for Acosta’s resignation.

Sanders did little to tamp down speculation about Acosta’s future in the Trump administration. Asked by a reporter if Trump had any “misgivings” about Acosta’s role in the Epstein deal, Sanders said only that the matter was “currently under review.” She added that the White House was “certainly looking at it.”

A short time later, Sanders was asked by another reporter whether Trump had “full confidence” in Acosta or whether the Labor Secretary was “possibly leaving.”

Sanders passed up the opportunity to reaffirm Trump’s support for Acosta. “I am not aware of any personnel changes,” Sanders said, repeating her previous statement that “those things are currently under review.” She did not say what that review entailed.

Sanders did not immediately respond to a subsequent request for comment.