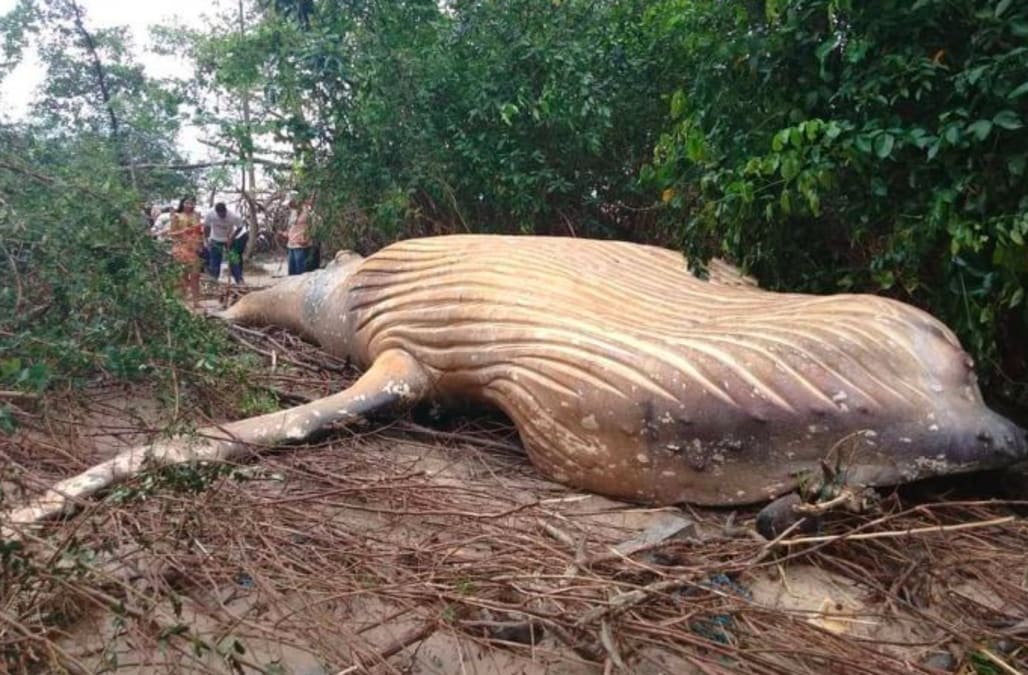 Scientists are baffled after the carcass of a humpback whale was discovered in the Amazon rainforest, nearly 50 feet from shore.

The young mammal, believed to be about a year old, was found over the weekend near the mouth of the Amazon River on the Brazilian island of Marajo, according to local conservation agency Bicho D'água.

The group is currently trying to figure out how the creature came to rest so far from its natural habitat, as well as the cause of its death.

"We're still not sure how it landed here, but we’re guessing that the creature was floating close to the shore and the tide, which has been pretty considerable over the past few days, picked it up and threw it inland, into the mangrove," Renata Emin, the institute’s project leader, told the Independent. "Along with this astonishing feat, we are baffled as to what a humpback whale is doing on the north coast of Brazil during February because this is a very unusual occurrence."

Photos of the whale:

Biologists took samples from the whale's body to study and left the rest of the carcass to decompose in the remote site where it was found.

"It's very difficult to get there and there’s no way we can send a bulldozer because it would not get through," Emin told the Independent. "There is no way to remove it. To get there, we need to cross the swamp."

The whale's skeleton will later be collected and sent to a natural history museum in the Brazillian city of Belem for further studying.

More from Aol.com:
'Grieving' mother dolphin seen carrying around her dead calf for days
Woman bitten on rear by python lurking in her toilet
Divers have unbelievably close encounter with monstrous white shark