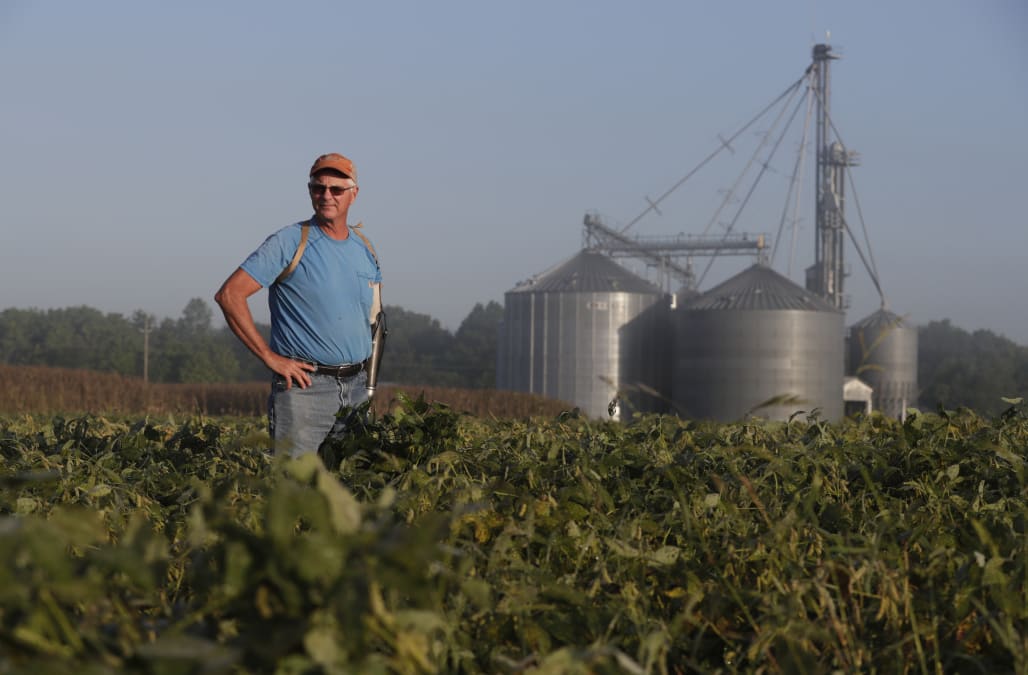 American farm exports are expected to plunge $1.9 billion in fiscal 2019, compared to the previous year, largely due to President Donald Trump’s trade war with China, according to the U.S. Department of Agriculture.

Soybean exports have been hit particularly hard, the agency’s chief economist, Robert Johansson, told the USDA Outlook Forum in Washington on Thursday, Reuters reported. Because of the trade dispute, soybean exports to China will have “plummeted by 22 million [metric] tons, or over 90 percent” through this month, Johansson said.

China has dropped to the fifth largest market for American farm exports, Johansson noted. It was the top foreign purchaser in 2017. China is buying only about 6 percent of total U.S. exports, compared with nearly 18 percent in 2014.

#AgOutlook: USDA Chief Economist Johansson, “the share of total U.S. agricultural exports to China is projected to be 6 percent, down sharply from recent years” #OATTpic.twitter.com/j7cHqu2UAN

Early last year Trump admitted farmers would take a hit in the trade war, but he insisted that they would “understand.” These are “great patriots,” he added, referring to the farmers. “They understand that they’re doing this for the country.” The Farm Bureau, which represents the nation’s farmers, has spoken out against tariffs and the trade war. The administration has set aside $12 billion to bail out farmers hurt by the president’s trade war.

Russian farmers are one of the beneficiaries of the trade war. Their soybean exports to China more than doubled last year, according to The Wall Street Journal. Russia’s overall trade with China rose more than 27 percent to over $100 billion last year, according to the Journal. The increase in trade between the nations has been reportedly nurtured by an increasingly powerful relationship between Chinese President Xi Jinping and Russian President Vladimir Putin, who are taking advantage of an America that is on the trade sidelines.

The trade war has also been linked to the highest number of Midwestern farm bankruptcies in a decade, according to an analysis of court records by the Journal.

Farmers’ fortunes could change if the United States and China work out their trade differences in talks that are underway. But even in the event of a trade deal, China’s recently developed commercial relationships with farmers in other countries could continue for years. Johansson also warned that unsold American soybeans now stored could take years to “unwind.”

As for the near future, the South American soy harvest “would make exports more competitive in the rest of the marketing year, dimming the prospects for an export recovery,” Johansson warned, according to Reuters.