'What about MAGA': Trump rips Jussie Smollett after arrest in alleged hoax attack 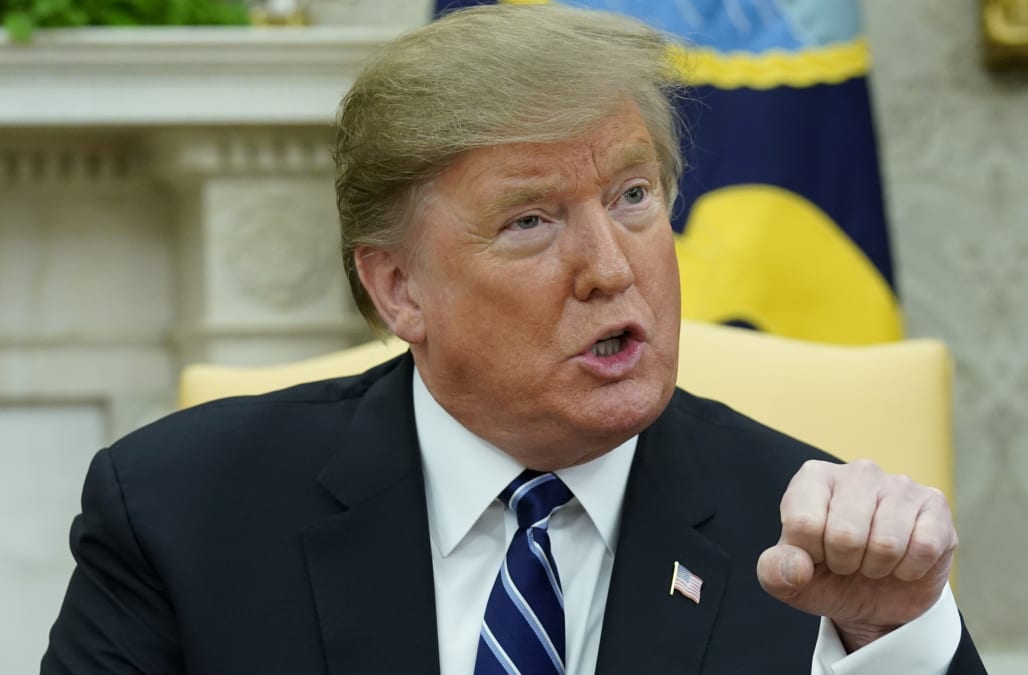 President Trump reacted Thursday to the news that Jussie Smollett has been charged with falsifying a police report about a racist and homophobic attack by men allegedly shouting “MAGA country.”

“What about MAGA and the tens of millions of people you insulted with your racist and dangerous comments!? #MAGA” Trump tweeted, referring to his campaign slogan, “Make America Great Again.”

Smollett was taken into custody by police in Chicago early Thursday, three weeks after the “Empire” actor and singer claimed he was the victim of a racist and homophobic attack. Smollett was charged with disorderly conduct for falsifying a police report, a Class 4 felony that is punishable for up to 3 years in prison.

He originally told police he was attacked by two masked men as he was leaving a Subway restaurant near his apartment in Chicago around 2 a.m. on Jan. 29. Smollett, who is black and gay, initially said the men shouted racist and homophobic slurs, poured bleach on him and tied a rope around his neck.

Police later identified and questioned two “persons of interest” captured on surveillance video near the scene around the time of the alleged attack. The men, brothers Ola and Abel Osundairo, told police that Smollett paid them $3,500 to help orchestrate and stage the crime after he became upset that a threatening letter — addressed to him and sent to the Fox set where “Empire” is filmed — did not get enough attention.

The crude letter also had “MAGA” written on it. Police said Thursday that they believe Smollett sent the letter to himself.

“Jussie Smollett took advantage of the pain and anger of racism to promote his career,” Chicago Police Superintendent Eddie Johnson said at a press conference. “This stunt was orchestrated by Smollett because he was dissatisfied with his salary.”

Johnson was asked by reporters what he would consider justice in Smollett’s case.

“Absolute justice would be an apology to this city that he smeared, admitting what he did,” Johnson said.

Trump’s tweet was the first time the president had weighed in publicly on the case. But his son, Donald Trump Jr., and other conservative figures have been criticizing the media’s coverage of the Smollett case.

“Has anyone set the over-under on how long it will take Jussie Smollett and his Hollywood/Media enablers to find a way to blame ‘America’’ and ‘society’ for his disreputable actions?” Trump Jr. tweeted Wednesday. “We all know it’s only a matter of time.”