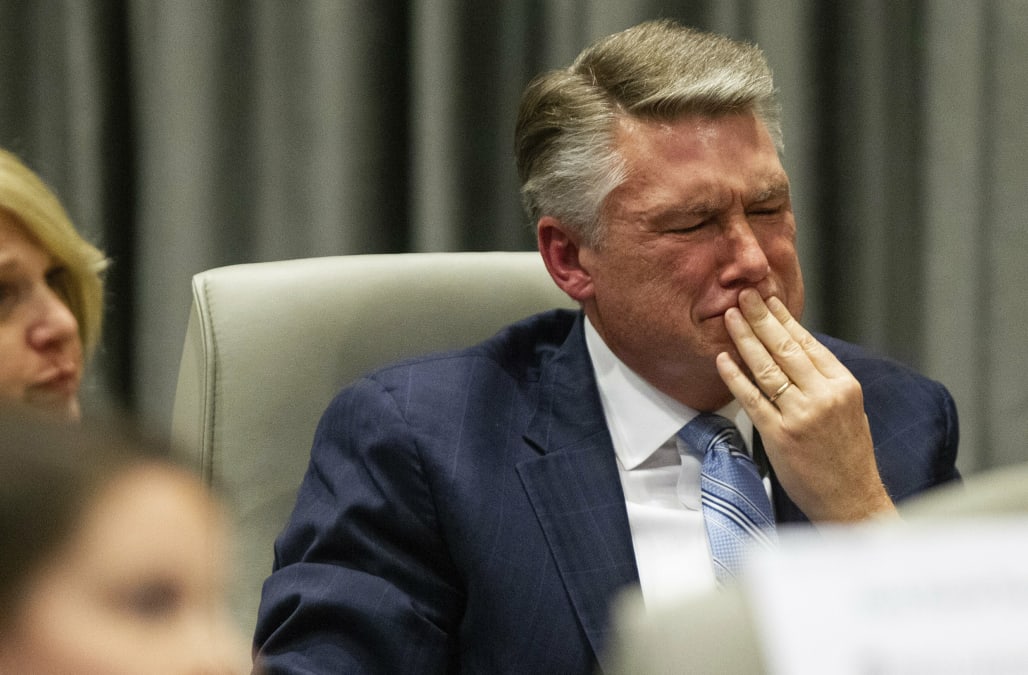 The North Carolina Board of Elections voted unanimously to hold a new election in the state’s 9th District after overwhelming evidence of vote tampering.

Prior to the board’s decision, Republican Mark Harris, the declared winner in the race who had been fighting for his election to be certified, changed his position and called for a new election. Harris was initially declared the winner by 905 votes over Democrat Dan McCready but the race was never certified as evidence began to surface of ballot fraud by employees of the Harris campaign. On the fourth day of an evidentiary hearing by the board, Harris said there should be another election.

"Through the testimony I've listened to over the last three days I believe a new election should be called," Harris said in a statement Thursday afternoon. "It has become clear to me that the public's confidence in the 9th District seat general election has been undermined to an extent that a new election is warranted."

After hearing testimony all week, the board — which consists of three Democrats and two Republicans — ruled that absentee ballots were illegally collected by his Harris staffers. A spokesperson for state Republican party told Yahoo News that candidates would file to run in a new primary prior to the special election.

Republicans initially objected that Democrats were trying to “steal” the election with claims of fraud but over the last several months evidence accumulated that a Harris consultant had sent workers to collect absentee ballots and destroy them or fill them in for the Republican.

“While it is disappointing that folks may have violated the law, at this point we are dealing with a limited number of ballots that are nowhere close to bringing the election result into question,” Dallas Woodhouse, the head of the North Carolina Republican party, had told reporters Monday.

The campaign staffer, Leslie McCrae Dowless Jr., a local political operative with a criminal history, has previously been convicted of fraud and perjury unrelated to politics. This is not the first time races Dowless has worked on have had curious results. In 2016, a candidate who hired Dowless won 221 of the 226 absentee ballots cast despite finishing third overall in the primary. In 2014, Dowless worked for a candidate who was narrowly elected sheriff amid allegations of absentee ballot misconduct.

Dowless, who hasn’t been charged with any crimes, declined to be interviewed by the board.

The case for Harris took a negative turn on Wednesday when his son John Harris, a 29-year-old assistant U.S. attorney testified that he had warned his father that Dowless was “shady” and “he thought what he was doing was illegal.” Harris also said that he had raised concerns with the campaign’s chief strategist, David Yates.

“Mr. Yates said he was shocked and disturbed by the testimony,” said John Harris. “I was disturbed. Less shocked.”

The younger Harris added that he didn’t think his father, who was brought to tears by his son’s testimony, knew about the tampering.

“I had no reason to believe that my father actually knew, or my mother or any other associate with the campaign had any knowledge,” said John Harris. “I think Dowless told them he wasn’t doing any of this, and they believed him.”

Mark Harris had initially denied reports that he had any warning about Dowless. A former senior pastor of the First Baptist Church in Charlotte, Harris has controversial positions on some social issues. It has statement Thursday, Harris said that he had been hospitalized in January and was still recovering from sepsis.

During this week’s hearing, operatives explained how they were paid by Dowless to collect absentee ballots, including signing as a witness when they hadn’t seen ballots filled out and forging signatures.