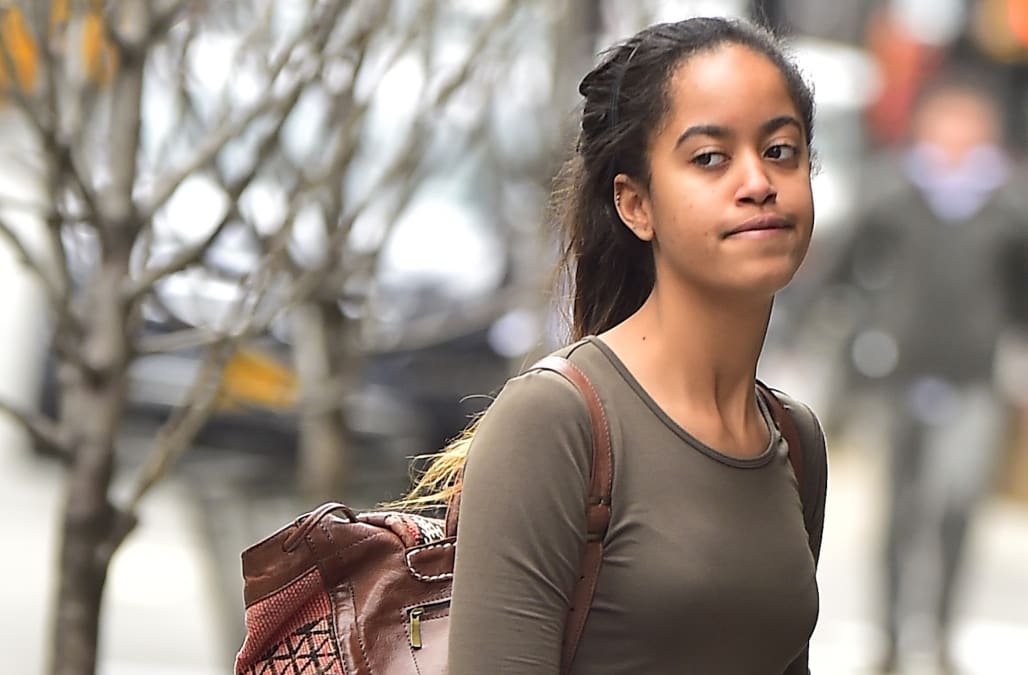 A secret Facebook page allegedly belonging to Malia Obama was revealed by the Daily Mail on Monday. The profile has generated backlash thanks to an image in which President Trump is called “evil” — and now Chelsea Clinton, among others, is coming to the 20-year-old’s defense.

The controversial image, used as the account’s cover photo, shows a row of pink sticky notes on a kitchen shelf. The notes read, “Donald Trump is president,” “This is not normal,” “Donald Trump is evil” and “Don’t be complacent.”

See the Obama family through the years:

While it’s unclear if the account actually belongs to former President Barack Obama’s older daughter, the backlash among his detractors has ensued.

“Sorry, Malia, we the people feel the same way toward your so-called dad Obummer,” read one angry comment. “Your whole family needs to move to Kenya!”

But critics of the Harvard student were quickly shut down on social media — most notably by another former first daughter.

Malia Obama is a private citizen. No part of her life should be anyone’s clickbait.

It’s not the first time Clinton — who endured her own share of negative scrutiny during her father’s presidential tenure — has stepped in to defend a fellow first child. In December, she tweeted her support of 12-year-old Barron Trump, who is currently living in the White House, writing, “Please leave Barron Trump out of ‘jokes’ & analyses. He’s a kid and private citizen and deserves to be left alone. Thank you.”

Other public figures — including Pete Souza, the former official White House photographer under Obama — jumped in to show their own support for Malia.

My thoughts on #MaliaObama might be controversial but I feel like Flint still doesn't have clean water; Puerto Rico hasn’t received sufficient support to rebuild; the judicial system is being corrupted through presidential appointments; and the POTUS is a racist sexual predator.

Really? We're slamming #MaliaObama for having negative feelings towards the racist who drove the birther bullsh*t about her damn father?

Also, we should ALL be slamming this lying wanna-be dictator. Good for you Citizen Malia!

On Monday the Daily Mail also published photos of the former first daughter sharing a bottle of wine at a pool party with friends while underage — just months shy of her 21st birthday.

Many commenters felt it was harmless and typical behavior for a college student, and that the young woman didn’t deserve to be shamed for it.

this is so annoying. please report on something that actually is valuable rather than showing that a 20 year old college student is sharing a bottle of wine with two of her friends???? https://t.co/dwMCjfX42h

Conservatives: Brett Kavanaugh was just a young boy when he drank too much beer and tried to rape girls in college.

I made the mistake of checking why Malia Obama was trending on Twitter. Evidently she is living life as a human person. Outrageous.

More from Yahoo Style:
PETA under fire for 'incredibly disrespectful' anti-fur response to Karl Lagerfeld's death
Celebrities pay tribute to Karl Lagerfeld after Chanel designer's death: 'You made me feel like a princess'
Karl Lagerfeld, iconic Chanel fashion designer, has died at 85