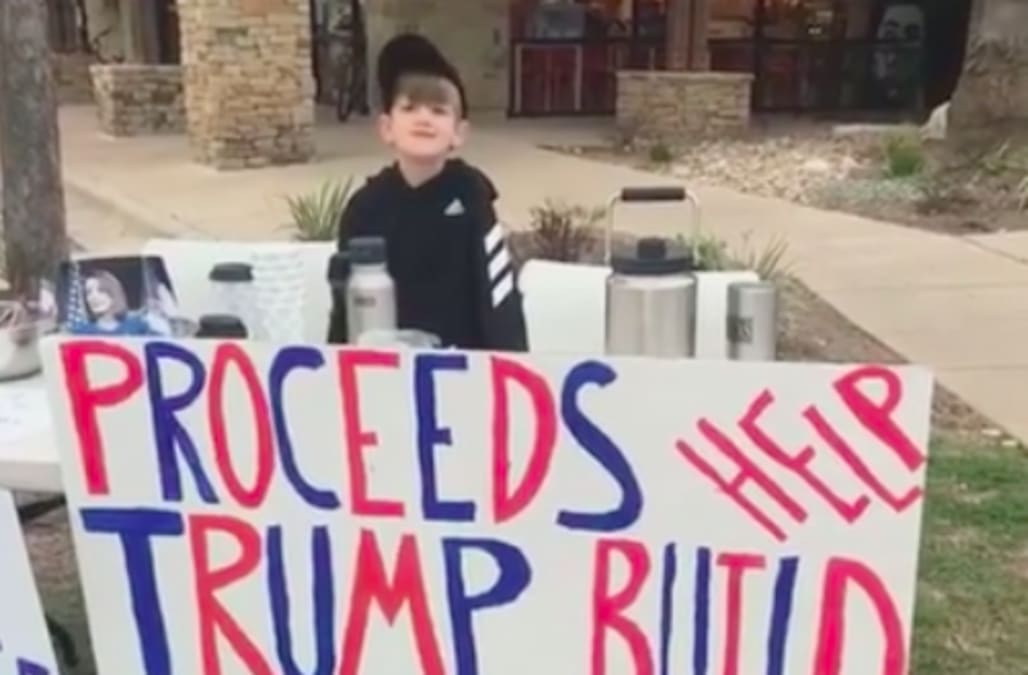 A 7-year-old boy's attempt to raise money for President Trump's border wall has become polarizing both in his community and online, according to his parents.

Jennifer Stevens, of Austin, Texas, told KXAN that her 7-year-old son, Benton, first asked about the wall after watching the State of the Union on Feb. 5.

After Stevens and her husband Shane, both politically active members of the Republican National Committee, explained the concept, the pair said Benton "begged" them to let him set up a stand to help raise money for the wall.

With help from his older brothers and his parents, Benton set up a hot chocolate stand at a local strip mall on Saturday and, after about an hour, had raised $231 in sales, a total which one donor agreed to match.

However, a passerby apparently took photos of Benton and his stand and shared them in several different Facebook groups, where the boy's fundraiser began receiving comments from those across the political spectrum.

"I guess some liberals ... they were griping at the owner (of the strip mall) and going in and yelling at him and slamming him on Facebook,"  Stevens told KXAN. "It seems like there are more people supporting it than against it but the people that are against it keep going and going and going."

Despite the digital backlash, Benton and his family returned to the strip mall on Sunday to set up the stand for another day of fundraising, where his mother said he endured more harassment.

"He was called a little Hitler yesterday," Stevens said. "A guy pointed at him in his car and then he said that we didn’t like brown people. I don't understand that at all."

Between two days of sales and various donations via Venmo, Stevens says Benton raised a whopping $1,400. She added that her family remains mostly unfazed by critics.

"People think he’s brainwashed," she said. "Well, of course, he supports Trump because we do, and he hears how we talk and this and that. Call that brainwashing, but I call it parenting because we instill our values in him."