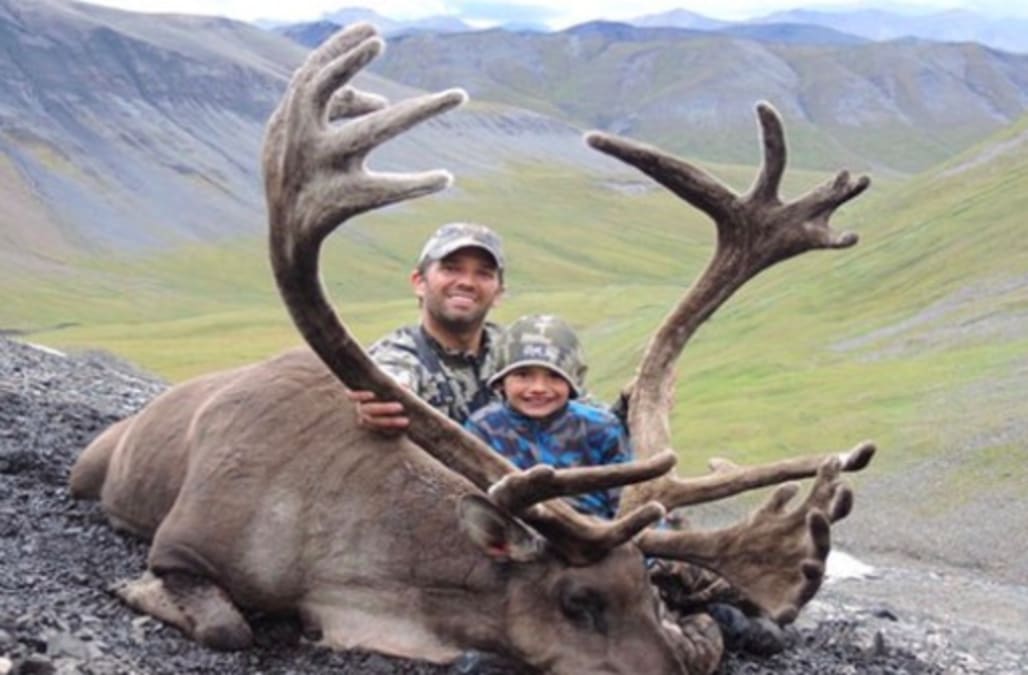 An advocacy group is raffling off a "once-in-a-lifetime" prize to hunting enthusiasts across the country: A five-day elk hunting trip with the president's eldest son.

For $10 an entry, Hunter Nation is offering one lucky winner the opportunity to travel to Utah to hunt with Trump Jr. on "some of the most majestic land our great country has to offer."

The group, which says it strives to preserve and protect America's "hunting heritage and the traditions associated with hunting as a way of life," announced the contest via Instagram on Saturday.

"You could be on an ELK HUNT with Donald Trump Jr in 2019," it wrote alongside a photo of Trump Jr. posing with his young son and a slain elk.

In a description for the contest, Hunter Nation compares Trump Jr., an outspoken hunting rights advocate, to a "modern-day Teddy Roosevelt." The 26th president of the United States was a notably avid hunter and outdoor enthusiast.

"You will have to go a long way to find a bigger advocate for our hunting lifestyle and a more passionate hunter and conservationist than Don, Jr," Hunter Nation wrote. "The opportunity to share a hunting camp with him is truly priceless."

Trump Jr.'s love for trophy hunting is well-documented on Instagram, where he often shares photos of himself posing with his latest kills. While he is often championed by hunting enthusiasts, he has earned a fair share of backlash from animal rights activists.

In 2012, photos of Trump Jr. and his brother, Eric, posing with slain animals during a hunting trip in Africa made the rounds on social media, prompting outrage from PETA.

"Like all animals, elephants, buffalo, and crocodiles deserve better than to be killed and hacked apart for two young millionaires’ grisly photo opportunity," a spokesperson from PETA said at the time. "If the young Trumps are looking for a thrill, perhaps they should consider skydiving, bungee jumping, or even following in their anti-hunting father’s footsteps and taking down competing businesses—not wild animals. If the Trumps want to help villagers, they have plenty of resources at their disposal."

In response, Don Jr. berated the "PETA crazies" on Twitter, insisting the meat from the kills "was used to feed hungry villagers."