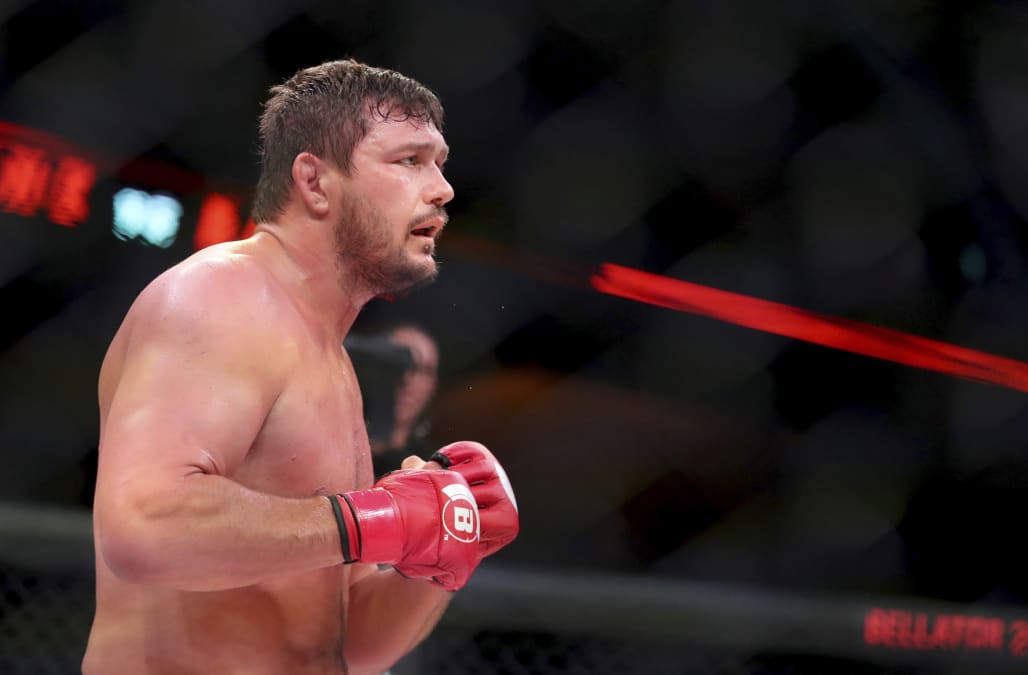 The main event at Bellator 215 ended as quickly as it began after an incredibly painful-looking low blow.

Heavyweights Matt Mitrione and Sergei Kharitonov faced off in a highly anticipated matchup, but the bout was ruled a no-contest when Mitrione accidentally kicked Kharitonov below the belt after 15 seconds.

After a second passed for the pain to register, Kharitonov fell to the floor and could not get back up in the five-minute recovery period. The 38-year-old Russian fighter had to be taken out on a stretcher.

According to Bellator officials, Kharitonov was transported to a local Connecticut hospital, and an update on his health is expected on Saturday.

“It looked like he was throwing a body jab and he stepped in. It was well placed, the fact that he changed levels and stepped in on a jab,” Mitrione said, via Seven Sport. “I just caught him in the nuts. I feel terrible.

Both Kharitonov and Mitrione will be paid for their brief fight despite the no-contest, although that doesn’t mean their beef is over. Mitrione, a 40-year-old American former UFC fighter, said that he was willing to schedule a rematch on Saturday during Bellator 216 if a heavyweight spot opens and Kharitonov is ready.

“If Sergei is down to go, if he can do it, if his body’s good – hopefully he didn’t rupture a (testicle) – but if he can do it again, then obviously I’m 100 percent down,” Mitrione said, via MMAjunkie. “He’s the only person I really want to fight in this situation because everybody, I think, deserves that. It would’ve been a great fight and a lot of fun. It just sucks, man.”