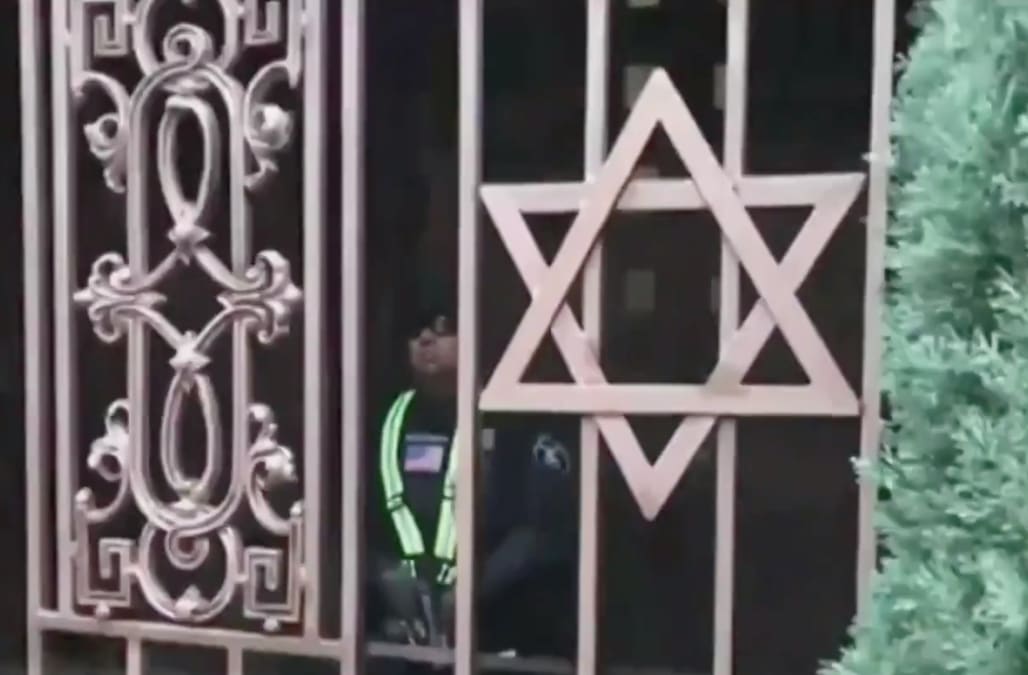 Transgender YouTuber “Furry Potato” was shot in the leg by a security guard on Thursday while livestreaming outside a synagogue and Hebrew high school in Los Angeles, police said.

Zhoie Perez (a.k.a. Furry Potato), 45, was treated for a “non-life-threatening” gunshot wound and released. According to the Los Angeles Times, she described the wound as a “deep graze.”

Police arrested the security guard, who was identified as Edduin Zelayagrunfeld, 44, on suspicion of assault with a deadly weapon. Investigators also asked witnesses to come forward with any additional information about the incident:

Earlier today, LAPD Officers responded to a shooting at a school in the area of Beverly Blvd & Stanley Ave, that left one person injured and an armed school security guard detained. Anyone with info is asked to contact Wilshire Detectives (213) 922-8205. https://t.co/5uU1nsNBDR

Perez’s recording, which was taken in front of the Etz Jacob Congregation/Ohel Chana High School on Beverly Boulevard, shows an armed guard behind gates at one of the entrances. It was unclear what started the confrontation, but at one point, the guard told her to leave while holding a gun in his hands. Perez continued filming.

Synagogues are increasingly hiring guards in the wake of a mounting number of anti-semitic attacks, including the mass shooting last October at the Tree of Life Or L’Simcha Congregation in Pittsburgh which left 11 people dead.

Perez is a self-described “First Amendment auditor.” She and supporters often stage provocative appearances in public areas with police, security guards and others while filming what happens and posting the videos on YouTube. Perez said she wasn’t staging an “audit” while hanging out in front of the synagogue.

“I was just filming the exterior of the synagogue here, and getting a lot of like, the architecture, and all that, and the guard came out and just started freaking out, started putting his hand on his gun,” Perez told the Times.

The guard’s gun, which was pointed at the ground, suddenly discharged and Perez shouted that she was struck. The guard fired the shot from the synagogue property onto the public sidewalk where Perez was standing, LAPD spokesman Sgt. Barry Montgomery told the Times.

It’s possible Perez was struck by a ricochet of a bullet or a fragment of a bullet. Perez also filmed a tiny, nail-size hole in her pants where she said the bullet entered. The guard said it was a warning shot.

The synagogue and school could not immediately be reached for comment.

Perez was arrested last summer on suspicion of “terrorizing” after a confrontation at a California Marine Recruiting Station in Valencia. Perez pleaded no contest to disturbing the peace and was ordered to pay a $100 fine, per the Signal of Santa Clarita Valley.

More from HuffPost US:
Man charged with insurance fraud after 'fake slip and fall'
Detroit police officers arrest their own commander in alleged DUI case
Man clings to hood of SUV in high-speed road-rage incident