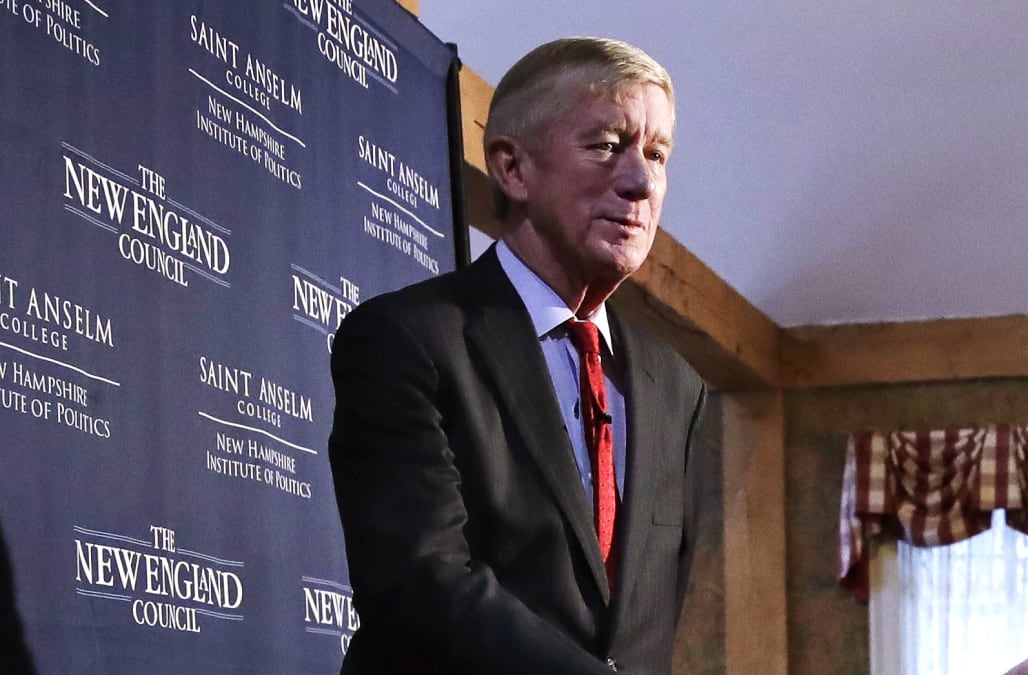 BEDFORD, N.H. (AP) — William Weld, a former governor of Massachusetts who two years ago ran for vice president on the Libertarian Party ticket, has become the first Republican to announce a challenge to President Donald Trump in the 2020 primaries.

Fiscally conservative but socially liberal, the 73-year-old Weld ran on the Libertarian party ticket with former New Mexico Gov. Gary Johnson. But he re-registered as a Republican last month, and on Friday in New Hampshire said he has created a presidential exploratory committee.

Weld said Trump's priorities are skewed toward promoting himself and is "simply too unstable" to carry out the duties of his job.

Weld resigned as governor during his second term after being nominated as ambassador to Mexico.

Candidates who have announced 2020 presidential bids

Julian Castro, former Mayor of San Antonio and a former secretary of Housing and Urban Development