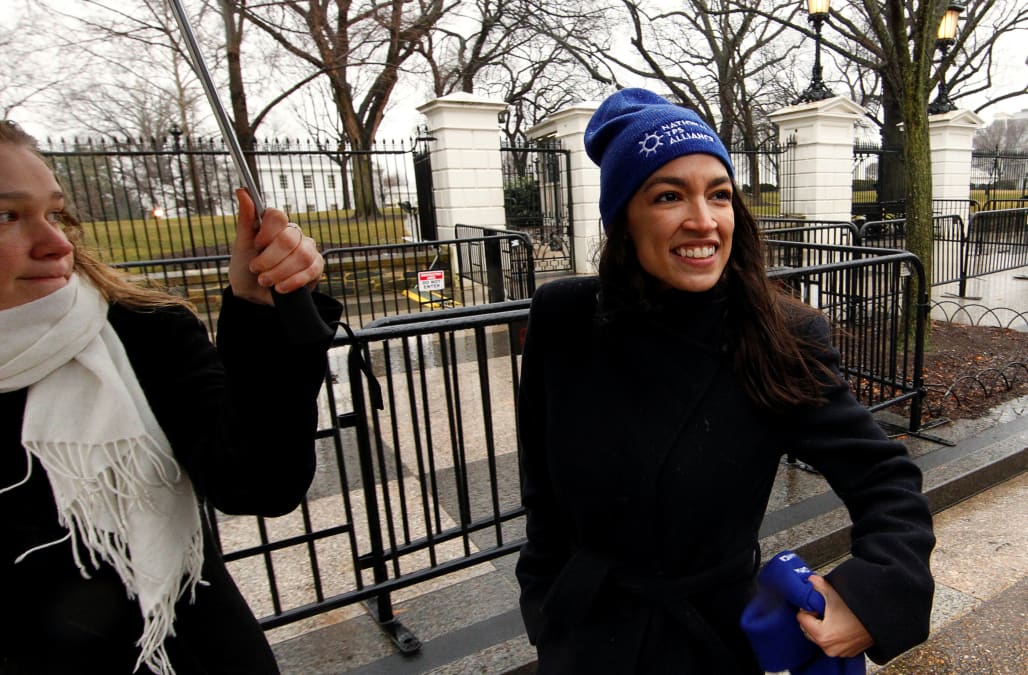 Notch another victory for Alexandria Ocasio-Cortez.

“I think it’s incredible,” Ocasio-Cortez responded when asked to comment on Amazon’s about-face. “It shows that everyday Americans still have the power to organize and fight for their communities and they can have more say in this country than richest man in the world.”

Earlier Thursday, the company announced it was reversing the plan, announced in November, to build new East Coast headquarters buildings in New York City and in Arlington, Virginia. The Virginia part of the plan will go ahead. The company said it would not look for a new location to replace the cancelled $2.5 billion project.

"After much thought and deliberation, we’ve decided not to move forward with our plans to build a headquarters for Amazon in Long Island City, Queens,” Amazon spokeswoman Jodi Seth said in a statement.

Ocasio-Cortez was one of the leaders of the fight against the proposed deal, largely over the $3 billion in tax breaks the city and state promised the company.

The deal would have meant an estimated 25,000 new jobs for the city.

“We were subsidizing those jobs,” Ocasio-Cortez said Thursday. “The city was paying for those jobs. Frankly if we were willing to give away $3 billion dollars for this deal, we could invest those $3 billion in our district, ourselves, if we wanted to. We could hire out more teachers. We can fix our subways. We can put a lot of people to work for that amount of money if we wanted to.”

Mayor Bill de Blasio, who partnered with Gov. Andrew Cuomo in hammering out the deal, issued a stinging statement over the company’s latest decision.

“You have to be tough to make it in New York City. We gave Amazon the opportunity to be a good neighbor and do business in the greatest city in the world. Instead of working with the community, Amazon threw away that opportunity,” de Blasio said in a statement. “We have the best talent in the world and every day we are growing a stronger and fairer economy for everyone. If Amazon can’t recognize what that’s worth, its competitors will.”

Rep. Carolyn Maloney, who represents New York’s 12th District, where the Amazon headquarters was slated for construction, expressed her disappointment

Disappointed that NYC wont be home to 25K+ new jobs from HQ2 & that LIC will lose out on infrastructure improvements that would have accompanied this project. This is not the Valentine that NY needed. 1/

The deal could have been improved. There were legitimate concerns raised and aspects that I wanted changed. I was ready to work for those changes. But now, we won’t have a chance to do that and we are out 25K+ new jobs and hundreds of millions of dollars in new investments. 2/

Cuomo was also disappointed, but he took out his anger on the legislators who worked to torpedo the deal.

“[A] small group [of] politicians put their own narrow political interests above their community — which poll after poll showed overwhelmingly supported bringing Amazon to Long Island City — the state's economic future and the best interests of the people of this state. The New York State Senate has done tremendous damage. They should be held accountable for this lost economic opportunity.”