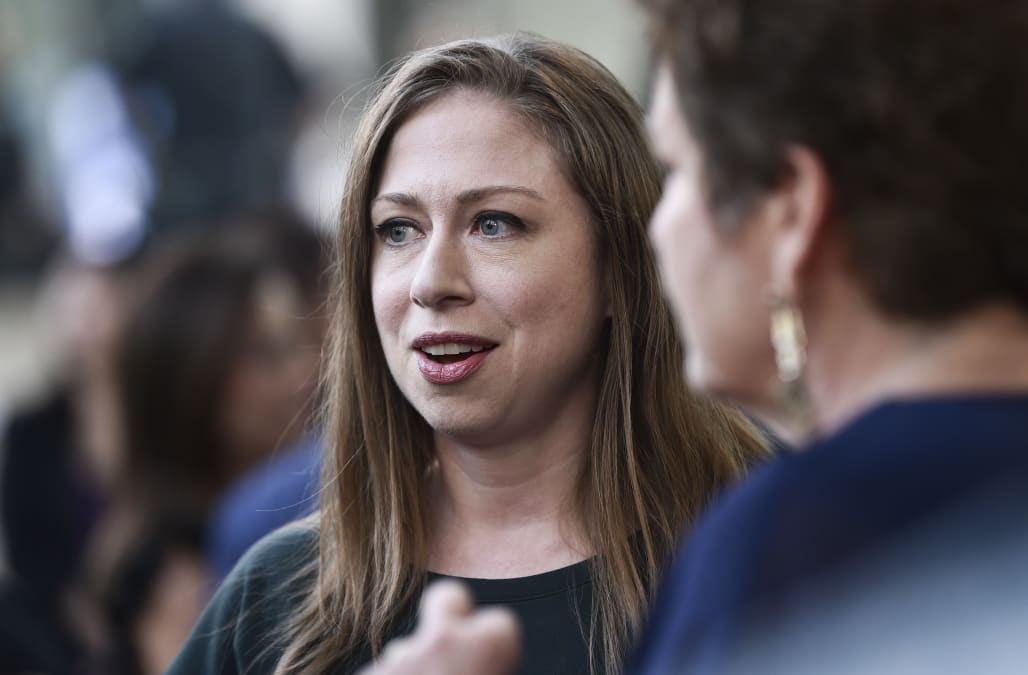 Chelsea Clinton again getting herself in the mix over Rep. Ilhan Omar’s tweets about Israel.

The former first daughter is now going after Vice President Mike Pence after he called for Omar to face consequences for her words.

Pence wrote the congresswoman's “tweets were a disgrace and her apology was inadequate. Anti-Semitism has no place in the United States Congress.”

It all started with a tweet from journalist Glenn Greenwald, about U.S. politicians and their support for Israel.

Omar responded saying, “It’s all about the Benjamins baby.”

Many saw that as an anti-Semitic, she later followed up by attacking AIPAC, a pro-Israel lobbying group, for essentially buying off some in Congress.

Omar was condemned for her comments on both sides of the aisle with some, even President Trump calling on her to resign.

“Terrible what she said," the president tweeted. "She should either resign from Congress or she should certainly resign from the House foreign affairs committee."

Omar did apologize for her tweets issuing a statement reading in part, “My intention is never to offend my constituents or Jewish Americans as a whole.”

Adding in a tweet, “Listening and learning, but standing strong.”