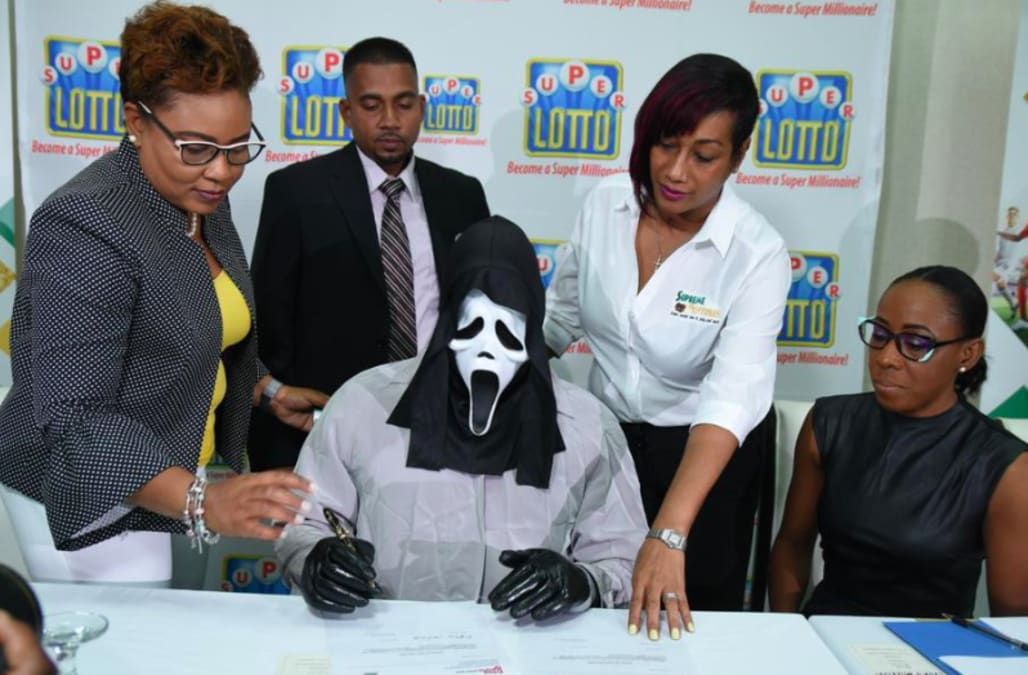 A man who won the Jamaican lottery picked up his massive check while wearing a head-turning disguise to conceal his identity from the public.

The lucky winner, identified only as A. Campbell, snagged a $158.4 million jackpot ($1.17 million in U.S. dollars) while playing Jamaica's Super Lotto in November 2018.

Campbell waited 54 days to collect the hefty sum, and when he did so on Feb. 5, he obscured his face with the trademark mask from the horror movie "Scream," creating quite the spectacle.

Photos of the costume:

Campbell says he plans to use his newfound wealth to purchase a nicer home on the island and hopefully grow his own small business.

Lottery winners in the Caribbean often wear disguises while collecting their prizes to avoid being harassed for money by family members, friends and even strangers, the Daily Mail reports.

In June 2018, a Jamaican woman who won a $180.9 million dollar jackpot ($1.33 million in U.S. dollars) wore a winking-face emoji mask to claim her prize in order to avoid similar treatment.

More from Aol.com:
Polar bear invasion prompts emergency on Russian islands
All the rage: Beijingers vent their stress in 'anger room'
Finns with fins make a splash at 'mermaiding' classes