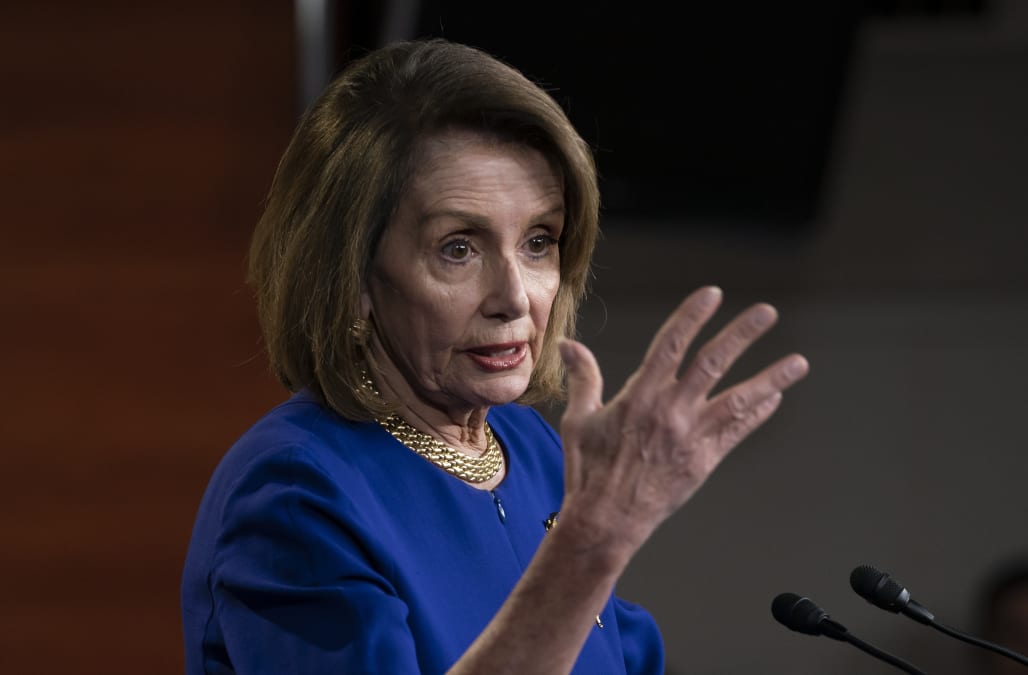 "Congresswoman Omar's use of anti-Semitic tropes and prejudicial accusations about Israel's supporters is deeply offensive," Pelosi said in a statement issued by her office and signed by other Democratic leaders after a bipartisan backlash against the Minnesota Democrat. "We condemn these remarks and we call upon Congresswoman Omar to immediately apologize for these hurtful comments."

The statement came after Omar tweeted over the weekend that the American Israel Public Affairs Committee is paying members of Congress to support Israel. Omar is one of two of the first Muslim women to serve in Congress.

Omar did not immediately respond.

The leaders' statement came in the hours after a pair of powerful House chairman rebuked Omar for the remarks. Foreign Affairs Committee Chairman Eliot Engel said he would not tolerate them and found it "shocking to hear a Member of Congress invoke the anti-Semitic trope of 'Jewish money.'" He said he will emphasize to members of the panel of both parties that the American-Israeli relationship is important.

Judiciary Committee Chairman Jerrold Nadler named Omar in his statement and said she had failed a test of leadership.

AIPAC responded Sunday night: "We are proud that we are engaged in the democratic process to strengthen the US-Israel relationship. Our bipartisan efforts are reflective of American values and interests. We will not be deterred in any way by ill-informed and illegitimate attacks on this important work."