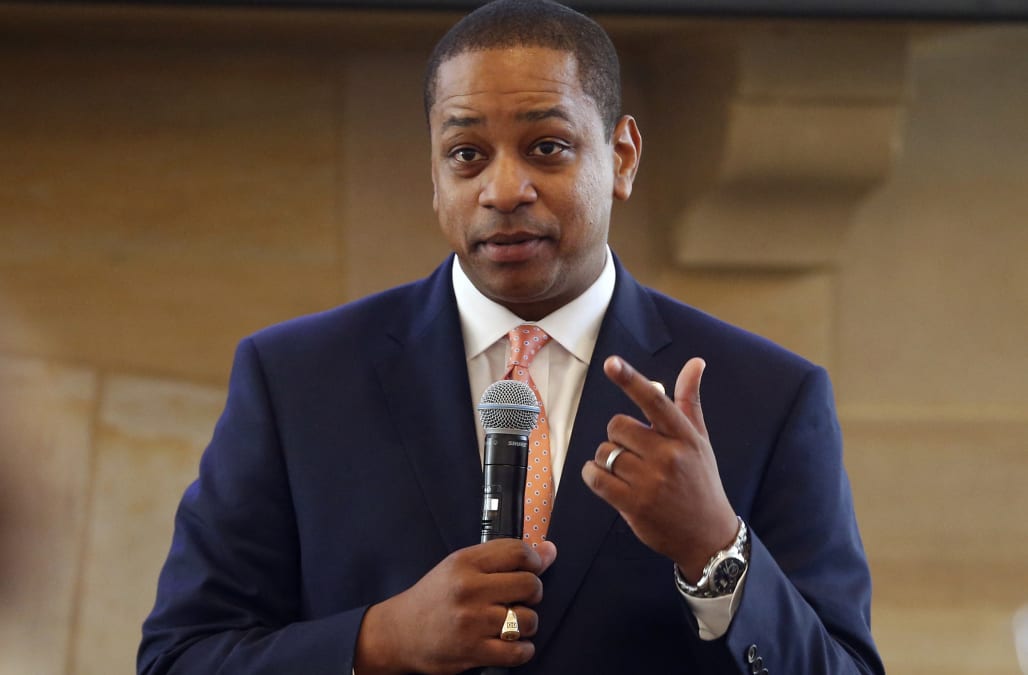 President Trump on Sunday waded into the scandals roiling Virginia, tweeting that “African Americans are very angry at the double standard on full display” in the state.

Trump was apparently referring to the optics of pending impeachment talks for the only statewide-elected black official, Lt. Governor Justin Fairfax, who faces two allegations of sexual assault. Meanwhile, two white state officials who have admitted to wearing blackface as young men — stirring painful reminders of Virginia’s history of racism — are refusing to step down.

Fairfax denied the allegations, called for an investigation of them, and vowed to remain in office as a growing number of fellow Democrats urged him to resign.

The series of scandals began at the start of the month, when racist imagery was unearthed in Gov. Ralph Northam’s 1984 medical school yearbook. One of the photos on Northam’s page was of a man in blackface next to someone else dressed in Ku Klux Klan-style robes and hood.

Northam initially admitted to being in the photo, but later denied it but added that he once put shoe polish on his face as part of a Michael Jackson costume.

Attorney General Mark Herring issued a statement saying he wore “brown makeup” at a 1980 college party for which he and his friends wanted to dress as rappers.

Dr. Vanessa Tyson came forward and accused Fairfax of forced oral sex at the 2004 Democratic convention in Boston. On Friday, a second Fairfax accuser, Meredith Watson, accused him of raping her in 2000, while they were both attending Duke University. Fairfax claimed both encounters were consensual.

Both women would be willing to testify at impeachment proceedings against Fairfax, their attorneys said.

More from Yahoo News:
Kamala Harris's charmed political life is about to face its biggest test