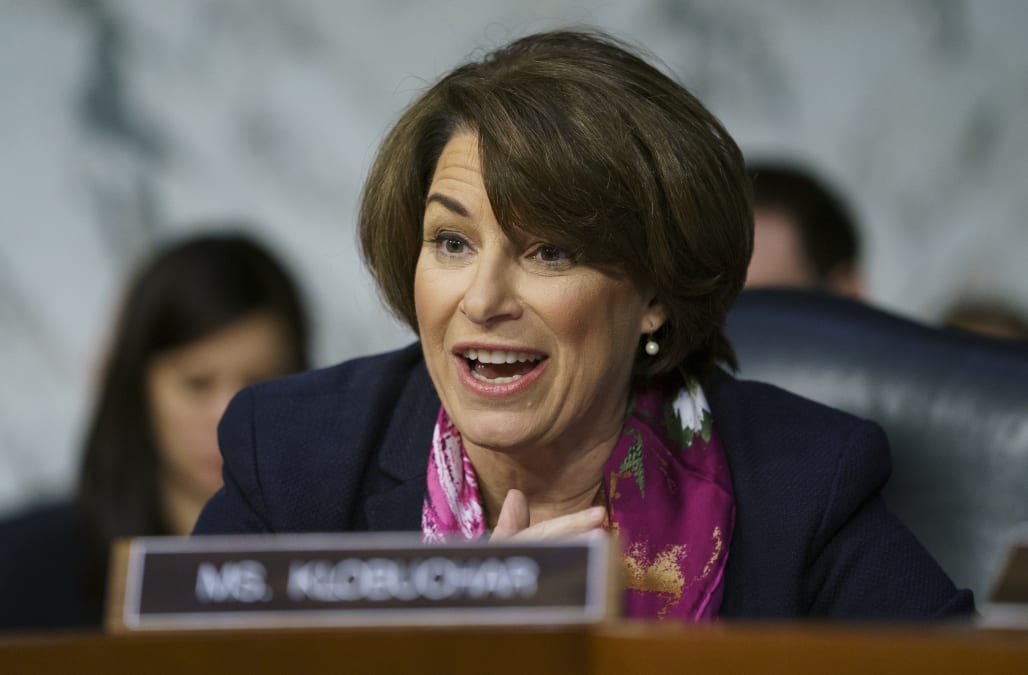 Klobuchar, 58, now in her third six-year term as a senator for Minnesota, will seek to position herself as a contrast to Trump, who is expected to be the Republican candidate in the November 2020 election, focusing on both policy differences but also style and tact.

Warren heads to Iowa to campaign on Sunday after formally launching her bid on Saturday. Booker is also spending the weekend in the Midwestern farm state.

Klobuchar’s campaign announcement comes amid several news reports that staff in her Senate office were asked to do menial tasks, including some personal in nature like laundry, making it difficult for her to hire high-level campaign strategists

Klobuchar gained national attention in 2018 when she sparred with Brett Kavanaugh during Senate hearings on his Supreme Court nomination. Her questions earned her recognition in Democratic circles for working to advance the #MeToo movement against sexual harassment and assault.

But the senator will have work to do to build a national profile. She barely registers in early opinion polls of potential Democratic candidates.

Klobuchar hopes her moderate policies and strong electoral record in Minnesota will help her win back states Trump took from Democrats in the 2016 White House contest, including nearby Iowa, Wisconsin and Michigan, Wisconsin, as well as Pennsylvania.

Klobuchar has focused her legislative efforts on issues like antitrust oversight, agriculture and voter security. Recently, she pushed for Senate investigations into whether Facebook Inc broke the law when it resisted oversight on how Russians used its platform to meddle in the 2016 presidential election.

She has been measured in her criticism of Trump, attacking the effects of his trade tariffs on farmers but avoiding more explosive issues like immigration and gun control.

Klobuchar won her most recent Senate race in November with more than 60 percent of the vote. But she raised only about $7.4 million, a relatively small amount compared with Senate candidates in more competitive races. She will need to raise millions more to be a competitive presidential candidate.

Klobuchar is expected to focus her early presidential campaign efforts on Iowa, which borders Minnesota and holds the nation’s first nominating contest.

An aggressive focus on Iowa and a win there in 2008 helped catapult Barack Obama from underdog status to the Democratic Party's nomination and eventual victory in that year's presidential election.

Klobuchar began her foray into Minnesota politics by advocating for better access to healthcare for babies and new mothers after her own daughter was born with health complications, a personal narrative she is likely to use in the debate about the future of the nation’s healthcare system.

Klobuchar has not endorsed universal healthcare, an issue that will be heavily debated during the Democratic nominating race and could distinguish her from more liberal candidates who favor it.

More from Aol.com:
Warren launches 2020 bid with call to ignore 'cowards' who call change 'radical'
2020 Democrats respond to sexual assault claim against Virginia's Justin Fairfax
'You gotta clap for that': Howard Schultz asks the audience to applaud him during a policy speech without much substance