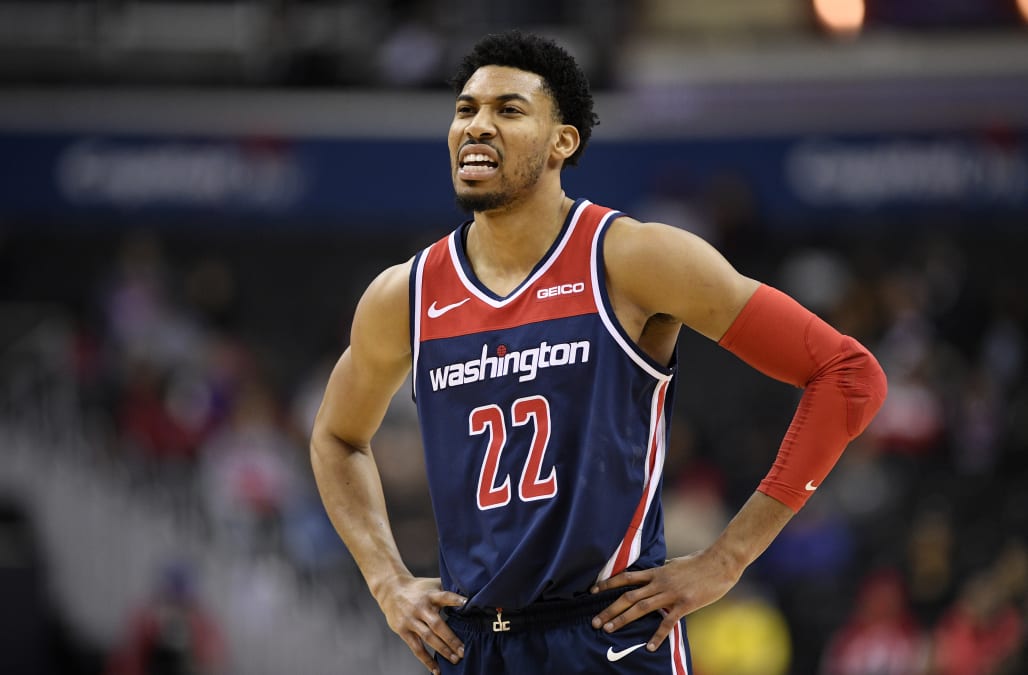 The deal, which took place less than 24 hours before the NBA's trade deadline, also includes a 2023 second-round pick going from Chicago to Washington.

"We are bringing in two former first-round picks who will give us frontcourt depth with their ability to play multiple positions," Wizards president Ernie Grunfeld said. "The trade also provides us with an opportunity to continue to develop two promising young players while giving us future flexibility."

Porter, who averaged 12.6 points and 5.6 rebounds with the Wizards this season, has two years and $55.7 million remaining on his contract. The 25-year-old Georgetown product is expected to join the Bulls' starting lineup at small forward.

"Otto was always a team-first player and a positive presence for us both on and off the court," Grunfeld said. "He worked to develop into a very good player during his time here and we wish him the best in this new chapter in his career."

Moves made at NBA trade deadline

The deal ends a failed experiment for Parker, 23, who grew up in Chicago and hoped for a positive homecoming. He averaged 14.3 points, 6.2 rebounds and 2.2 assists in 39 games (17 starts) with the Bulls, but he spent substantial time on the bench in recent weeks as the team turned to more developmental prospects instead.

Portis recently told reporters that he hoped to remain with the Bulls for the long term through its rebuilding process.

"Bobby Portis just left the United Center," The Athletic's Darnell Mayberry reported on his Twitter account. "All he had with him was a small Louis Vuitton backpack on his back, a pair of shoes and a Bulls jersey. He looked shellshocked."

More from Aol.com:
Kevin Durant is sick of the Knicks rumors: 'I’m done!'
State of Lakers right now summed up in one image
LeBron James suffers worst loss of his career