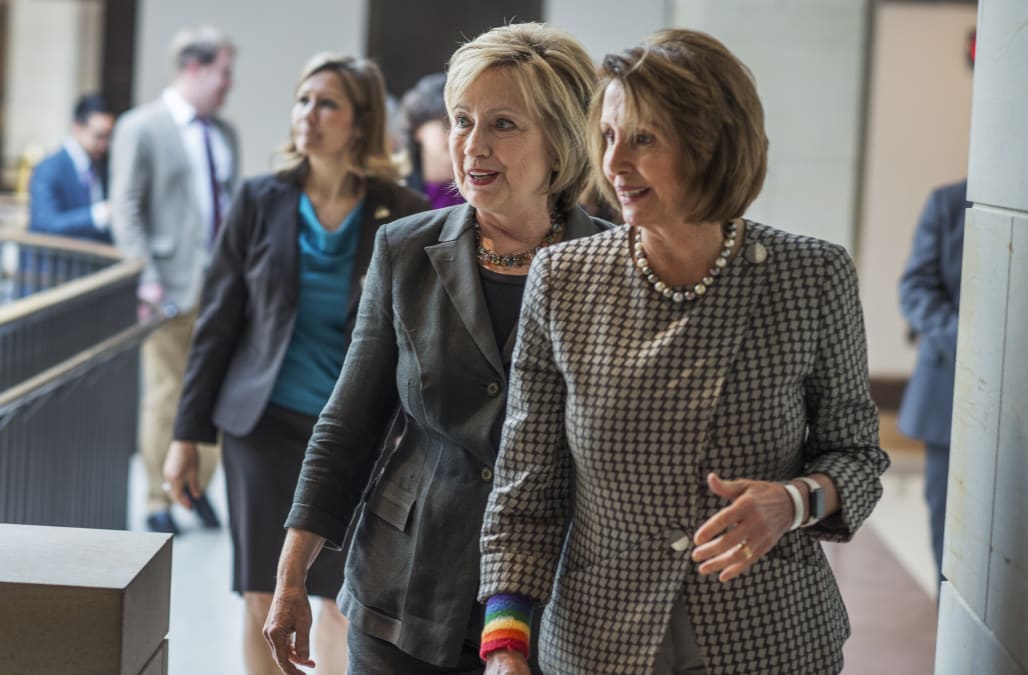 Just days after videos of Speaker Nancy Pelosi sardonically clapping during President Trump’s State of the Union went viral, former Secretary of State Hillary Clinton spoke out in support of the congresswoman in a special video for MAKERS.

“You know the tidal wave of women and young people running for office is helping to build an America that’s not only kinder, fairer, bigger hearted, but safer, stronger and more secure,” Clinton said, during a message delivered to the 2019 MAKERS Conference. “And as Speaker Nancy Pelosi — doesn’t sound that great  — has proved yet again, it often takes a woman to get the job done.”

Clinton went on to say that those who have galvanized around social justice issues are bringing her hope. “I am energized and encouraged by the diverse group of women everywhere who are speaking out — speaking out against inequality, and bigotry, and racism and homophobia and organizing to create change in their communities and our country — refusing to give in to cynicism or fear,” she continued. She then closed her remarks with a call to action: “This is a pivotal moment and all together, I believe, there is nothing we can’t do.”

The MAKERS Conference is a three-day conference featuring women who are reshaping workplaces, rewriting laws and redefining what’s possible in industries ranging from entertainment to politics.

Related: Viral gymnast Katelyn Ohashi wants to be on ‘Dancing With the Stars’