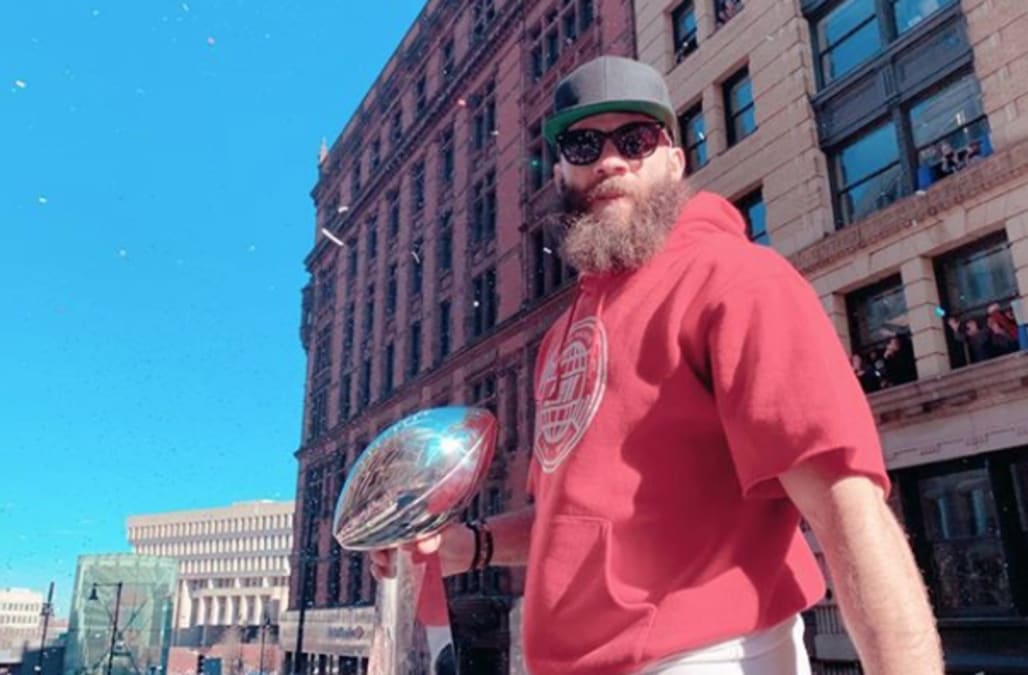 For some New England Patriots players, Super Bowl LIII was their first NFL championship win. For others, like Julian Edelman, Devin McCourty and Rob Gronkowski, it was their third. And for a select few within the organization, it was their sixth.

Regardless of experience, all of those Patriots took to the streets of Boston on Tuesday to party like it was 1999 – or, more realistically, 2002.

Roughly a million fans lined the route for Tuesday's Super Bowl victory parade to celebrate the Patriots' sixth title in franchise history. Players, who rode on duck boats with their families and friends, took to Instagram to document the day:

Patriots players post from Super Bowl LIII victory parade
6 #StillHere
Boston. You are insane. #LFG
How. Do. We. Feel.
LFG My Bro’s

Linebacker Kyle Van Noy shows the depth of the crowd on an unseasonably warm Boston day.

Cornerback Stephon Gilmore, who made a game-saving interception in the Super Bowl, donned a "Happy Gilmore" tee at the celebration.

Patriots players, including Jason McCourty, celebrate on a duck boat.