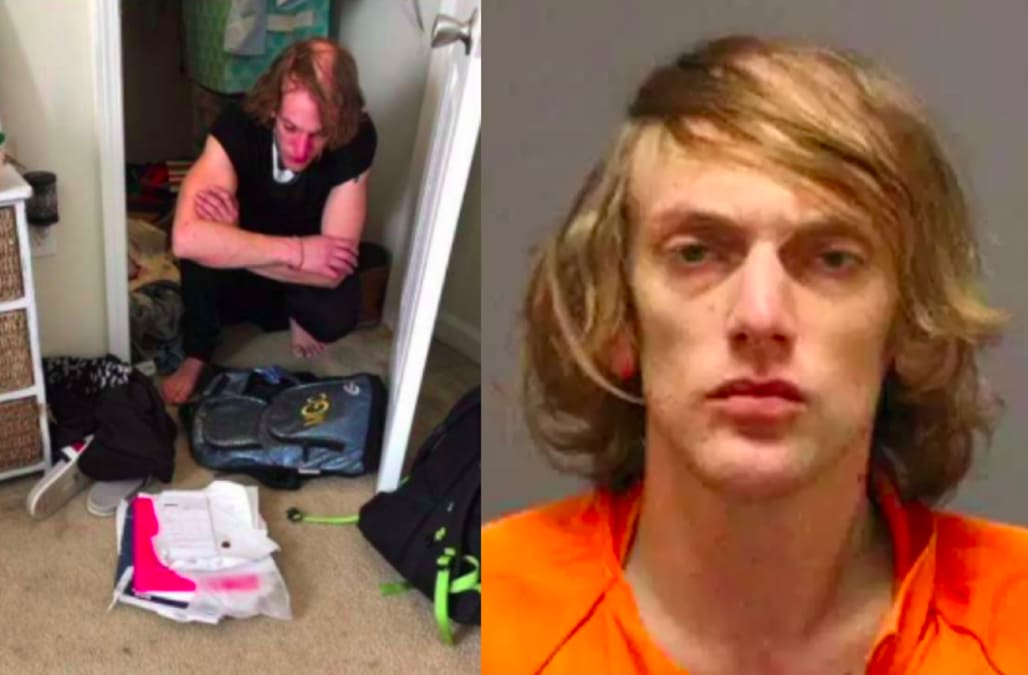 A student at the University of North Carolina at Greensboro discovered a man living inside of her apartment closet, wearing her clothing after she noticed many of her possessions had gone missing.

The junior student, identified only as Maddie, told WJW that she and her roommate thought their apartment might be haunted until Saturday afternoon when she heard noise coming from her closet and opened the door to find 30-year-old Andrew Clyde Swofford.

"I just hear rattling in my closet. It sounded like a raccoon in my closet," Maddie told the station. "I'm like, 'Who's there?' And somebody answers me. He's like, 'Oh my name is Drew.' I open the door and he's in there, wearing all of my clothes. My socks. My shoes. And he has a book bag full of my clothes."

Maddie said she called the police and then talked to Swofford to keep him distracted while waiting for authorities to arrive.

"He tries on my hat. He goes in the bathroom and looks in the mirror and then is like, 'You're really pretty, can I give you a hug?' But he never touched me," she recalled.

Swofford was arrested without resistance and jailed in Guilford County under a $26,600 bond on 14 felony charges, including breaking and entering, identity theft, larceny, possessing stolen goods and failing to appear in court in connection with previous cases, BuzzFeed News reports.

In December 2018, Maddie and her roommate said they arrived home to their same apartment, a students-only building near campus, to discover two strange men in their living room. After the students complained to the leasing office, the locks on their unit were changed, but a police report was never filed.

Maddie told WJW that she and her roommate are now planning to relocate to a new apartment.

“Last night I did not feel safe," she told the station. "I slept with my roommate in her bed. I can't stay here. My closet, it stinks. Every time I go in [my room] there's a bad vibe. I’m just ready to leave."

More from Aol.com:
Runner fights off, kills mountain lion after being attacked in northern Colorado
Never, ever forget your helmet: Cyclist's horrific deer crash caught on camera
Michigan family kicked off American Airlines flight in Miami because of 'body odor'