Gronk brushes off question about his future, but his answer could be a clue that he has already decided to retire 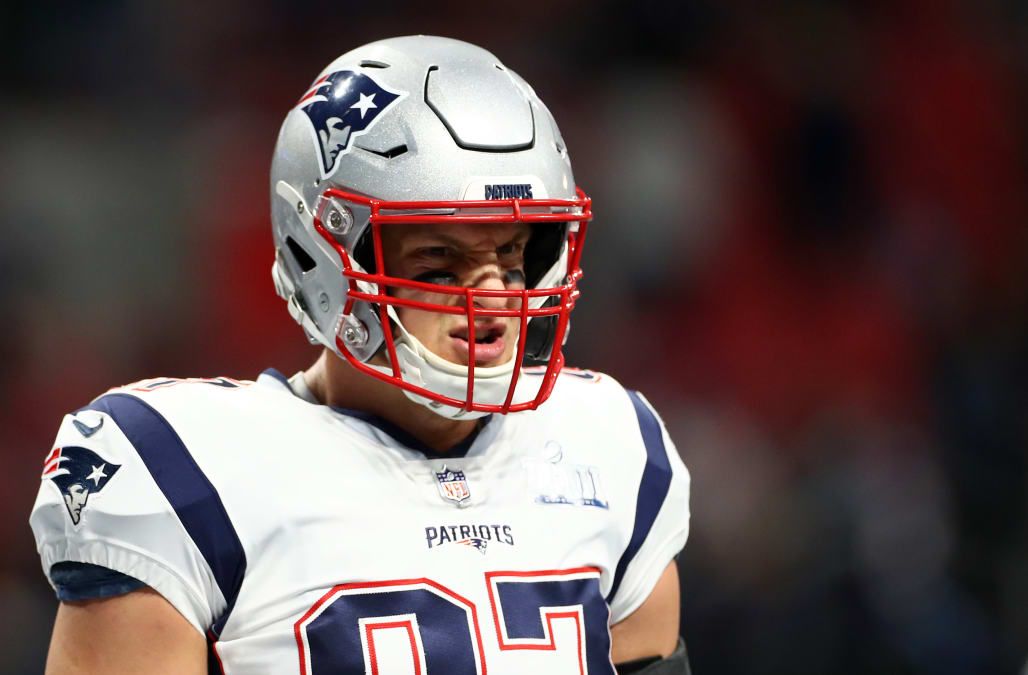 The New England Patriots defeated the Los Angeles Rams, 13-3, in Super Bowl LIII, with Tom Brady and Bill Belichick lifting the Lombardi Trophy for the sixth time in 18 years.

After the game, Patriots tight end Rob Gronkowski was asked about his NFL future. Rumors of his potential retirement had loomed over the lead-up to the Super Bowl, as Gronkowski had considered hanging up his cleats last season before deciding to come back for the 2018 NFL season.

While Gronk is claiming his decision on next year hasn't been made, what was left unsaid does seem to imply that his retirement is more likely than not.

It's also worth mentioning that Gronkowski has toyed with the idea of a post-football career in Hollywood, and seems rather keen on the idea. He's already had turns in films and movies and even made a brief appearance in the WWE ring at WrestleMania in 2017.

Regardless of Gronkowski's decision, he'll go down as one of the most dominant tight ends in NFL history. If he chooses to retire, he'll exit the league as a reigning champion, with three Super Bowl rings to his name.

And if he surprises the league and does choose to come back for one more season, he's clearly still got something to offer — coming down with six catches for 87 yards in the Super Bowl as he did against the Rams on Sunday is no small feat.

NOW WATCH: An exercise scientist reveals exactly how long you need to work out to get in great shape