Trump on protests: 'I took care of' criminal justice reform 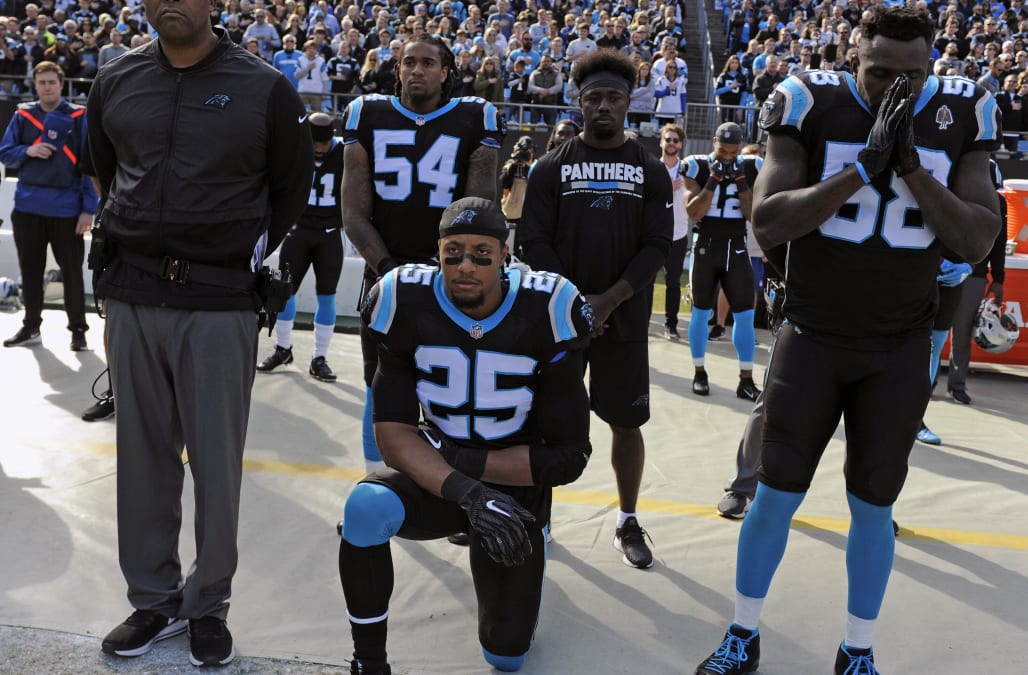 President Donald Trump suggested the police brutality and racial injustice issues at the heart of NFL players’ National Anthem protests have largely been addressed by his own criminal justice reform initiatives.

Asked by CBS’ Margaret Brennan during an interview for Super Bowl Sunday whether players who in recent years kneeled during the anthem “had a point” about police violence against black people, the president responded that he’s “the one that had passed judicial reform.”

“President Obama tried,” Trump said. “They all tried. Everybody wanted to do it. And I got it done and I’ve been, you know, really ― a lot of people in the NFL have been calling and thanking me for it.”

He continued, “They have been calling and thanking, you know, that people have been trying to get that taken care of and it’s now signed into law and affects tremendous numbers of people, and very good people.”

Trump, both as a White House candidate and as president, harshly criticized the protests during the anthem, at times calling for the players participating in them to be fired by their teams.

Trump’s comments in the CBS interview, set to air ahead of the Super Bowl, referred to his signing into law in December a bipartisan criminal justice reform bill. The so-called First Step Act was the first major overhaul of prison sentencing laws in decades.

Critics of the legislation say the reform doesn’t go far enough. It “may affect only a couple thousand of the 181,000 people currently in federal custody,” a former Obama official wrote in an Op-Ed for HuffPost. “I see the short-term gains as much smaller and the long-term losses as much greater.”

Trump told Brennan that a boost in TV ratings for the NFL during the 2018 season occurred because of a decline in the protests by players. “They haven’t been kneeling and they have been respecting the flag and their ratings have been terrific ever since,” Trump said. “And a lot of good things happened.

Sports journalists attribute the improved ratings to league rule changes that have led to increased scoring during games, as well some espeically compelling matchups during the season.

“I think that people have to, at all times, respect our flag and at all times respect our national anthem and our country. And I think there are plenty of places and times you can protest and you can do a lot. But you can’t do that. That’s my opinion.”

More from HuffPost US:
Here Are The Wildest Moments From Trump's Super Bowl Pregame Interview
Trump Says He Would 'Have A Hard Time' If Son Barron Played Football
Donald Trump On NFL Protests: 'I Took Care Of' Criminal Justice Reform