Nearly half of U.S. adults have heart or blood vessel disease 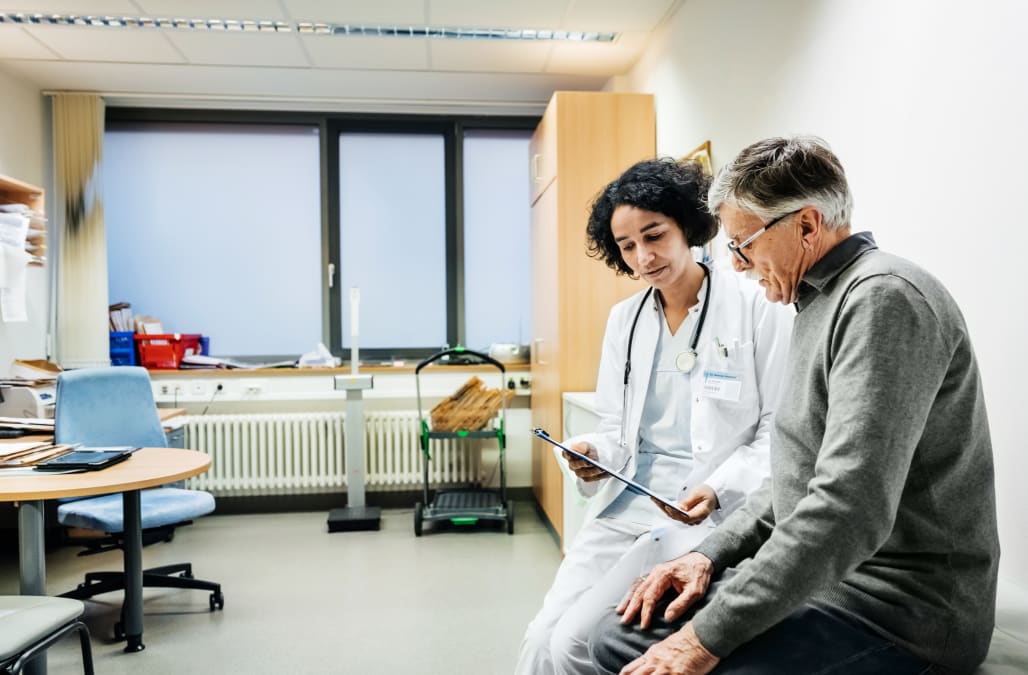 A new report estimates that nearly half of all U.S. adults have some form of heart or blood vessel disease, a medical milestone that's mostly due to recent guidelines that expanded how many people have high blood pressure.

The American Heart Association said Thursday that more than 121 million adults had cardiovascular disease in 2016. Taking out those with only high blood pressure leaves 24 million, or 9 percent of adults, who have other forms of disease such as heart failure or clogged arteries.

Measuring the burden of diseases shows areas that need to improve, the heart association's chief science and medical officer, Dr. Mariell Jessup, said in a statement.

RELATED: Are you having a heart attack?

Silent signs of a heart attack

Dr. Stacey E. Rosen, MD, a Go Red For Women cardiologist at North Shore-LIJ Health System, says this is one of the most common symptoms she sees (especially in women heart attack patients). “In my 25 years of practice, people on the verge of a heart attack report feeling tired and not able to do their usual activities,” she says. During a heart attack, blood flow to the heart is reduced, putting extra stress on the muscle, which could make you feel exhausted, according to WebMD.

Don’t be afraid to ask your doctor to do an electrocardiogram (EKG), which checks heart activity. “Sometimes when people present with lethargy, doctors won’t immediately order an EKG, which can detect a heart attack; but you should request one from your doctor, just to be safe,” says Annapoorna Kini, MD, of The Mount Sinai Hospital. Here are some other tests for your heart that could save your life.

Soreness in the back, arms or chest

Noticeable pain or soreness in the back, chest, or either arm is often a silent heart attack sign. As MyHeartSisters.org explains it: “When heart muscle cells begin to run out of oxygen during a heart attack because of a blocked artery preventing oxygenated blood from feeding that muscle, they begin to send off pain signals through the nervous system. Your brain may confuse those nerve signals with signals coming from the arm (or the jaw, shoulder, elbow, neck or upper back) because of the nerve proximity.”

Because the pain is often not accompanied by the typical chest heaviness associated with heart attack, people tend to ignore it, says Dr. Rosen. “I’ve had patients say they only felt the pain when they were working out, so they assumed it was just from exercise, but that’s not right,” says Rosen. “If the symptom is something new, that’s worrisome and you should see a doctor.” Here are some non-medical signs you might be at risk of a heart attack.

If a flight of stairs up from the subway is usually no problem, but suddenly you find yourself gasping for air at the top, it could signal a heart attack. “Women especially tell me that walking up steps or carrying groceries they noticed feeling fatigued or breathless when they normally wouldn’t,” says Rosen. If you feel short of breath right after waking up, that’s also a sign that something could be wrong, says Dr. Kini. The heart plays a key role in transporting oxygen to the rest of your body and removing carbon dioxide from tissues, so blocked blood flow to the heart could affect your breathing, according to MayoClinic.com. Here are some other ways heart attack symptoms are different for women.

If you have an occasional heartburn flare-up after a heavy pizza lunch, it’s probably nothing to worry about, but if it’s out of the ordinary or heartburn has never bothered you before, call your doctor because it could signal a heart attack. Angina, a heartburn-like chest pain, is caused by lack of blood flow to the heart, which is what happens during a heart attack, Ryan Madonick, MD, a gastroenterologist, told Health.com. Here are some other reasons you shouldn’t ignore heartburn.

Heart attack symptoms can sometimes mimic stomach problems like nausea, vomiting, or overall GI upset—especially in women, says Dr. Rosen. “If you don’t feel well, always call your doctor. It could be that taco you had at 10 p.m. but it can also be a heart attack, which could turn out to be catastrophic,” she says. Learn the possible explanations behind several types of stomach pain.

Unexplained discomfort of the neck or jaw, or a tightness in the throat you’ve never felt before, can indicate a heart attack, says Dr. Kini, and you should immediately contact a doctor. It’s especially important for people with diabetes to pay attention to subtle changes like this because they have trouble feeling sensations, says Dr. Rosen. They’re less likely to feel more typical symptoms like chest pain. Here are some other potential complications diabetics might have, and how to prevent them.

An overall feeling that something's wrong

“Heart attack patients have told me they have a feeling of doom—like something’s just not right,” says Dr. Rosen. “Listen to that little voice in your head. If something feels off, it’s always better to be overly cautious and call a doctor.” Dr. Rosen says some of her patients have reported feeling “less mentally sharp” right before a heart attack. Here are some everyday ways to reduce your risk of a heart attack.

High blood pressure, which had long been defined as a top reading of at least 140 or a bottom one of 90, dropped to 130 over 80 under guidelines adopted in 2017. It raises the risk for heart attacks, strokes and many other problems, and only about half of those with the condition have it under control.

Being diagnosed with high blood pressure doesn't necessarily mean you need medication right away; the first step is aiming for a healthier lifestyle, even for those who are prescribed medicine. Poor diets, lack of exercise and other bad habits cause 90 percent of high blood pressure.

The report is an annual statistics update by the heart association, the National Institutes of Health and others.

—Heart and blood vessel disease is linked to 1 of every 3 deaths in the United States and kills more Americans than all forms of cancer and respiratory diseases like pneumonia combined.

Marilynn Marchione can be followed at @MMarchioneAP

The Associated Press Health & Science Department receives support from the Howard Hughes Medical Institute's Department of Science Education. The AP is solely responsible for all content.

More from Aol.com:
1 in 4 kindergartners aren't fully vaccinated in county with measles outbreak
Israeli scientists claim they'll have cancer cure in a year
Woman's rare condition renders her unable to hear male voices — only those of females