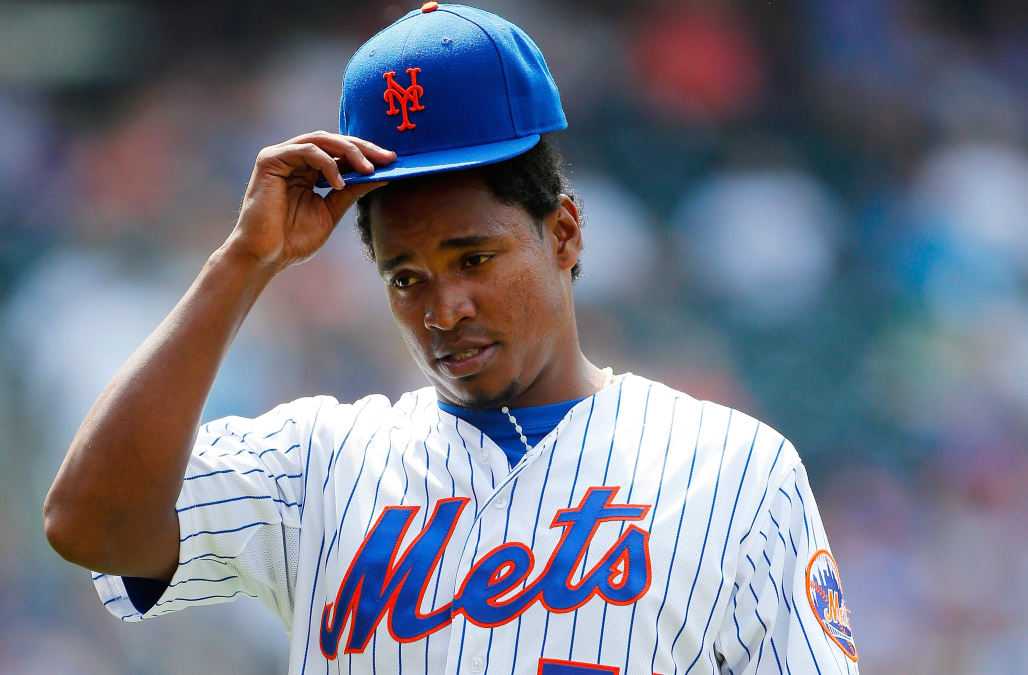 We’ve reached the point of the baseball offseason where Jenrry Mejía has a job with a major-league team and Bryce Harper and Manny Machado do not.

This time last year, Mejía was “banned for life” by Major League Baseball after three failed tests for performance-enhancing drugs. Turns out the “for life” part wasn’t as definitive as it sounded, because Mejía was reinstated for the 2019 season by the league and Tuesday agreed to a minor-league deal with the Boston Red Sox.

On the field, Mejía, 29, most notably saved 28 games for the New York Mets in 2014. Otherwise, his big-league career has been a mess. He was suspended in February 2015 for PEDs, then again in July. In February 2016, he was suspended for a third and final time — making him the first player ever “banned for life” under the league’s drug rules and three strikes approach. That made him one of only four living people banned for life by MLB. The other three are Pete Rose, Chris Correa (the ex-Cardinals exec who hacked the Astros) and John Coppolella (the ex-Braves GM who broke international signing rules).

At one point, the Mejía saga got so ugly that his lawyer was threatening to sue MLB, alleging that he would uncover years of corruption inside the league. That never happened and eventually, Mejía applied for reinstatement as MLB’s policy allows. He was granted that last summer, allowed to return for the 2019 season, but he was released by the Mets.

MLB players who have switched teams over the 2018-19 offseason

Traded from the Pittsburgh Pirates to the Chicago White Sox

(Photo by Jonathan Newton / The Washington Post via Getty Images)

Traded from the Arizona Diamondbacks to the St. Louis Cardinals

Traded from the Seattle Mariners to the Philadelphia Phillies

Traded from the Cleveland Indians to the Seattle Mariners

Traded by the Cleveland Indians to the Chicago White Sox

Traded by the Milwaukee Brewers to the Seattle Mariners

Left the Cleveland Indians in free agency to sign with the St. Louis Cardinals

Traded by the Texas Rangers to the Oakland A's

The Red Sox are giving Mejía $625,000 if he gets to the major leagues, according to Jon Heyman of Fancred Sports. Red Sox president of baseball operations Dave Dombrowski said he’s hopeful Mejía has learned from his past.

Dave Dombrowski on Jenrry Mejia signing: "He pitched last season and was free from PEDs. We are hopeful that he has learned from his past mistakes." #RedSox

If it all works out, it could actually be a great move for the Red Sox, baggage aside. They’ve said they don’t have the money for a big bullpen arm (i.e. their ex-closer Craig Kimbrel), so it’s not crazy to think that Mejía could be a big part of the bullpen in 2019 if he performs well.

Still, you can be sure the statement being sent here — a player “banned for life” getting a job before plenty of other unemployed players — was felt during the current MLB free-agent freeze.

Hows my offseason going? This guy had a lifetime ban and still signed before me!!! #wtfhttps://t.co/NhzCAiePbT