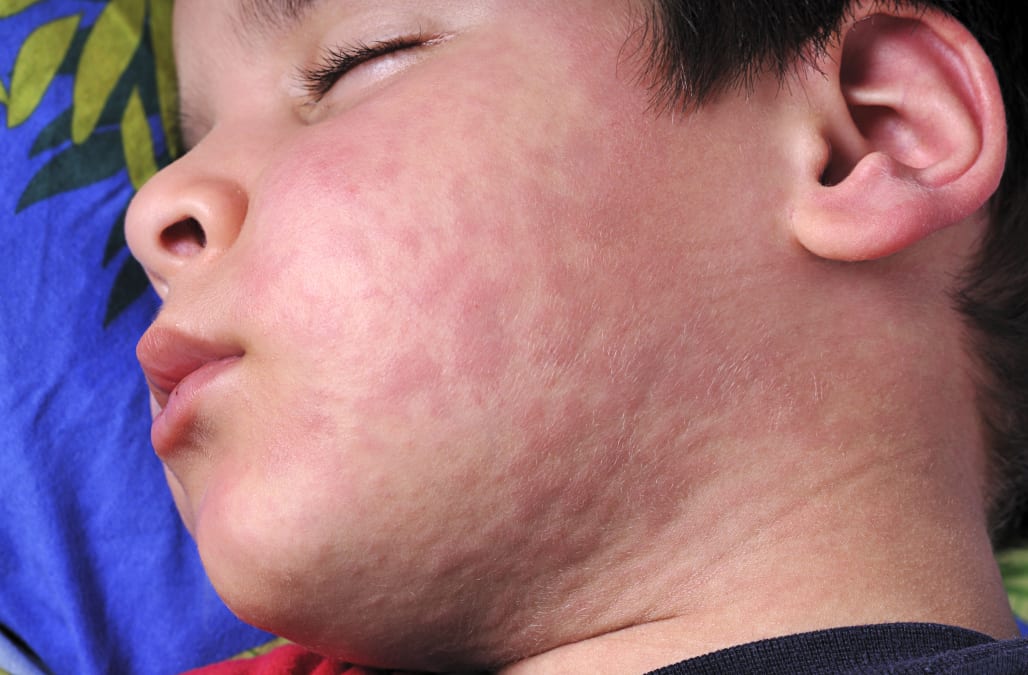 The governor of Washington declared a state of emergency on Friday after 26 cases of measles erupted in Clark and King counties. As of Monday, that number is up to 36, 35 of which are in kids under 18 years old. There are 11 more potential cases pending confirmation.

This is tragic news, but it shouldn’t come as a surprise. Only 76.5 percent of Clark County’s kindergartners had complete vaccinations in the last school year, and as one of the most highly contagious diseases, measles is a prime candidate for causing outbreaks in vulnerable areas. At least 95 percent of a population has to be immunized for herd immunity to work against measles. Below that, people who can’t get the shot—like newborns and individuals with deficient immune systems—are at increased risk of contracting the disease.

But the U.S. actually eliminated measles once upon a time: Less than two decades ago, only a small number of Americans still contracted the disease by traveling abroad (or coming in contact with those who had). There were no reserves of the virus in the country. Anti-vaccination movements are eroding that progress. A 2018 study found that, of the 18 states that allow vaccination exemptions based on personal beliefs, 12 have seen significant rises in the number of those exemptions. Rates have leveled off in some, but in six they’re still on an upward trajectory with no signs of stopping. Texas is one of the worth offenders, but Washington state also has two metropolitan areas—Seattle and Spokane—that the study identified as hotspots of low vaccination coverage.

And once there are pockets of disease, the possibility of a measles outbreak increases. Two children with measles recently traveled from Washington to Hawaii. Public health officials from Washington had to warn their counterparts in Hawaii about the incoming family. The kids weren’t infectious during their transit time, but had to be in quarantine for five days after the onset of their symptoms—both children were unvaccinated, and thus highly contagious. Because carriers can spread the virus through the air before they ever get symptoms, they could easily have flown while capable of making others sick.

If you live in or near Clark County, or have just been there recently, you should make sure you’ve gotten the MMR (measles, mumps, rubella) vaccine. You can find a fully updated list of all the public exposure locations, including the dates and times of potential exposure, on the Clark County Public Health website. The list includes locations outside of Washington—the Portland IKEA is on there, as is a Trader Joe’s in Vancouver. There’s also a guide from the Washington State Department of Health with instructions on what to do if you’ve been exposed to measles and start to feel unwell.

If for some reason you haven’t gotten your MMR shot, go get one immediately. The vast majority of cases so far have been in unvaccinated children (four cases are unverified, and so may turn out to be unvaccinated people as well), and the only protection we have is immunization, which doesn’t go into effect immediately. The public health director for Clark County told ABC News that this outbreak is likely to continue for that reason—contagious viruses can’t be stopped immediately by a slow measure like vaccination. But it’s also the only tool we have.

More from Popular Science:
How to work out your pelvic floor (and why everyone should)
1 in 4 kindergartners aren't fully vaccinated in county with measles outbreak
The best science-y jigsaw puzzles for this most auspicious National Puzzle Day