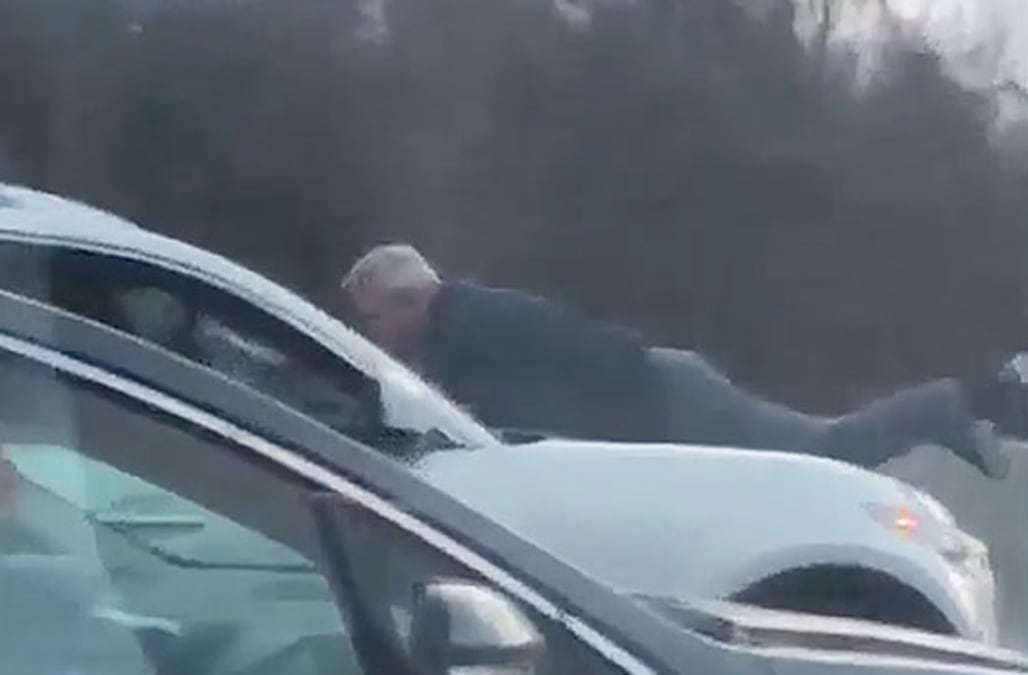 A 65-year-old man clung to the hood of an SUV as it traveled at speeds of up to 70 miles an hour following a road rage incident on the Massachusetts Turnpike.

The man, Richard Kamrowski, and the driver of the SUV, 37-year-old Mark Fitzgerald, were involved in a minor sideswipe on Saturday and had pulled over to exchange information, Fox News reported. When the men got into an argument, Fitzgerald began to drive away. That’s when Kamrowski jumped on the hood of Fitzgerald’s SUV.

“I thought he was going to run over me and I don’t know I don’t think he stopped he just kept going fast then slow, fast then slow trying to get me to slide off and I wasn’t getting off the car,” Kamrowski told WFXT.

Ultimately, other drivers ― including one with a gun ― persuaded Fitzgerald to stop his vehicle.

The man with the gun was not charged.