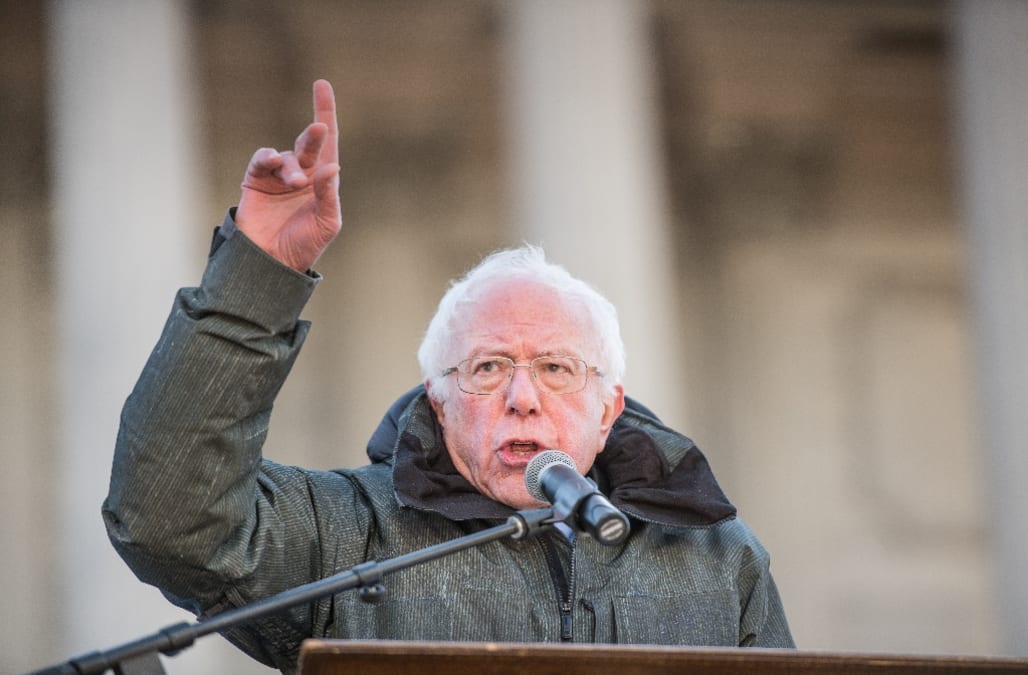 Two sources with direct knowledge of his plans told Yahoo News that Sanders, an independent and self-described “democratic socialist,” plans to announce his presidential bid imminently. While Sanders has been mulling a bid for months, one of the sources said he was emboldened by early polls of the race that have consistently showed him as one of the top candidates in a crowded Democratic primary field. In particular, the source said Sanders was heartened to see numbers indicating he is one of the leading candidates among African American and Latino voters, two groups he was perceived as struggling with in 2016.

The source also alluded to a spate ofrecent polls that show Sanders as the most popular politician in the country. They attributed Sanders’ strength in the polls to the base and name recognition he built with the prior presidential bid.

“What the senator has this time that he didn’t have last time is he is the most popular elected official in the country right now,” the source said. “That’s light years away from 2016 when very few people knew who he was.”

A third source said Sanders’ bid will begin with an exploratory committee. Sanders’ campaign did not immediately respond to a request for comment on this story.

In addition to these two sources, a former Sanders staffer who was not been briefed on the imminent announcement plans nevertheless said they were aware of many recent signs he is set to pull the trigger on a presidential campaign. Specifically, the former staffer said Sanders has been building out the infrastructure he would need for a White House bid.

“He’s already talking to staff and there are people he’s hiring. They’re nailing down contracts with vendors, … all the movement is there for him to run,” the ex-staffer said.

Though Sanders ultimately was defeated by Clinton last time around, his upstart campaign reshaped the Democratic Party. Sanders ran on a progressive platform that included a focus on eliminating income inequality, campaign finance reform and an ambitious “Medicare For All” healthcare. Those principles have become centerpieces of the progressive wing of the Democratic Party and several Sanders-backed candidates won elections last year.

But Sanders’ impact on the Democratic Party went beyond his political vision. The primary battle between Sanders and Clinton was contentious, with Sanders allies claiming Clinton’s campaign worked in conjunction with the Democratic Party establishment to prevent a Sanders victory. These battles cemented divisions in this party that linger on as the 2020 election approaches.

Following President Trump’s victory over Clinton in 2016, Sanders and his allies pressed for reforms to the Democratic National Committee that would make the party’s primary process more open and inclusive to what Sanders termed “the working people and young people of our country.”

Amid Sanders’ reform push, the DNC assembled a “unity commission” to recommend changes that included members chosen by both Sanders and Clinton. Ultimately, the DNC made rules changes that included one of the main items on Sanders’ agenda, curbing the role of unelected superdelegates in choosing the party’s presidential nominee. At the same time, the DNC also adopted a rules change that would make it more difficult for independents like Sanders to seek the party’s presidential nomination.

In spite of this, Sanders’ allies felt he was unaffected by this new rule because the Vermont Democratic Party passed a resolution last year recognizing him as a full member. A source who discussed Sanders’ 2020 plans with Yahoo News confirmed he will be running as a Democrat.

Though he will be entering an extremely crowded Democratic field, Sanders is starting from a formidable position. Early polls of the race have consistently showed Sanders as one of the top candidates, likely due to the base of support he established in 2016. Sanders allies also believe his prior run could give him a head start organizing in key early primary states. Last October, Pete D’Alessandro, who was Sanders’s Iowa state coordinator for the 2016 race, told Yahoo News he was confident the senator would be able to build on the grassroots support and infrastructure he established in 2016 if he made another run.

More from Yahoo News:
Mayor Pete to President Pete? It's crazy, but he thinks his ideas aren't
President or private citizen? Bloomberg mulls over where he’d have biggest impact on climate and gun control
Colorado Sen. Michael Bennet says he is considering a run for Democratic presidential nomination