Nathan Phillips on viral encounter with Nick Sandmann: 'I forgive him' 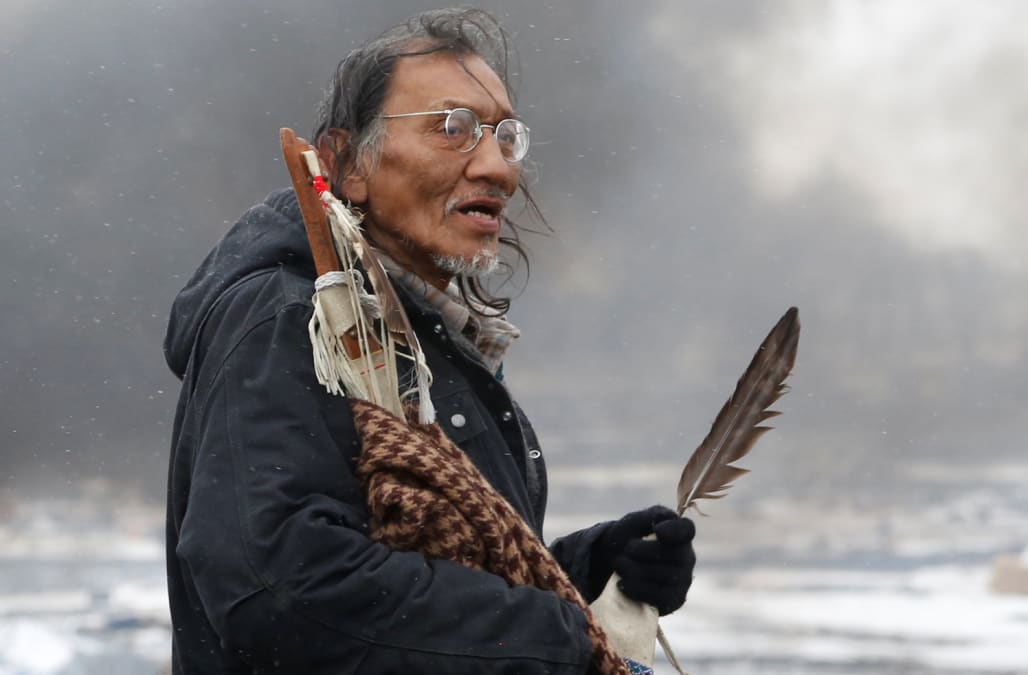 Nathan Phillips, the Native American elder seen beating his drum in an encounter with Covington Catholic High School junior Nick Sandmann, says he forgives the student although he believes the teen has been insincere in his public response.

"Coached and written up for him. Insincerity. Lack of responsibility. Those are the words I came up with, but then I went to go pray about it," Phillips said Thursday on TODAY. "And then I woke up, and I woke up with this forgiving heart. So I forgive him."

The confrontation last Friday between Phillips and Sandmann, 16, on the steps of the Lincoln Memorial, an encounter that quickly went viral, has turned into a heated debate nationally.

In a TODAY interview that aired Wednesday, Sandmann defended his actions and said he had nothing to apologize for when he and his classmates surrounded Phillips.

"As far as standing there, I had every right to do so," said Sandmann, who was visiting Washington with his classmates to participate in an anti-abortion march.

"My position is that I was not disrespectful to Mr. Phillips. I respect him. I'd like to talk to him," he added. "I mean, in hindsight, I wish we could've walked away and avoided the whole thing. But I can't say that I'm sorry for listening to him and standing there."

Phillips said on TODAY that while he did watch Sandmann's interview, he didn't find it convincing."What it says is, he has a PR firm. So those aren't even his words if he has a PR firm," he said, adding that he'd like Sandmann to demonstrate "some sincerity, some sense of responsibility for his actions."

Looking back on the incident, Phillips said he felt compelled to walk by the teenagers after tension had escalated between them and a handful of members of the Hebrew Israelites, which the Southern Poverty Law Center describes as a radical movement that has become more militant.

Phillips said the exchange between the students and the Israelites "was getting really explosive" and prayed for guidance.

"When I was in prayer, it wasn't that I felt like I could stop anything or do anything. But I felt like I was spiritually moved into that center, into the center of that whirlwind," he said.

Phillips said he tried to make his way through the crowd peacefully.

Phillips said he spotted a clear area but then suddenly found himself head-on with Sandmann and his classmates.

But Phillips said he continued his prayer chant.

"The prayer, it was for peace, harmony, love, a better America. Because what I was seeing was the fabric of America being torn apart by bigotry, hate, prejudice, division," he said.

Phillips said he's still bitter about what happened and all the attention it raised.