Melania Trump reportedly took a military plane to Florida, hours after Trump canceled Nancy Pelosi's flight because of the shutdown 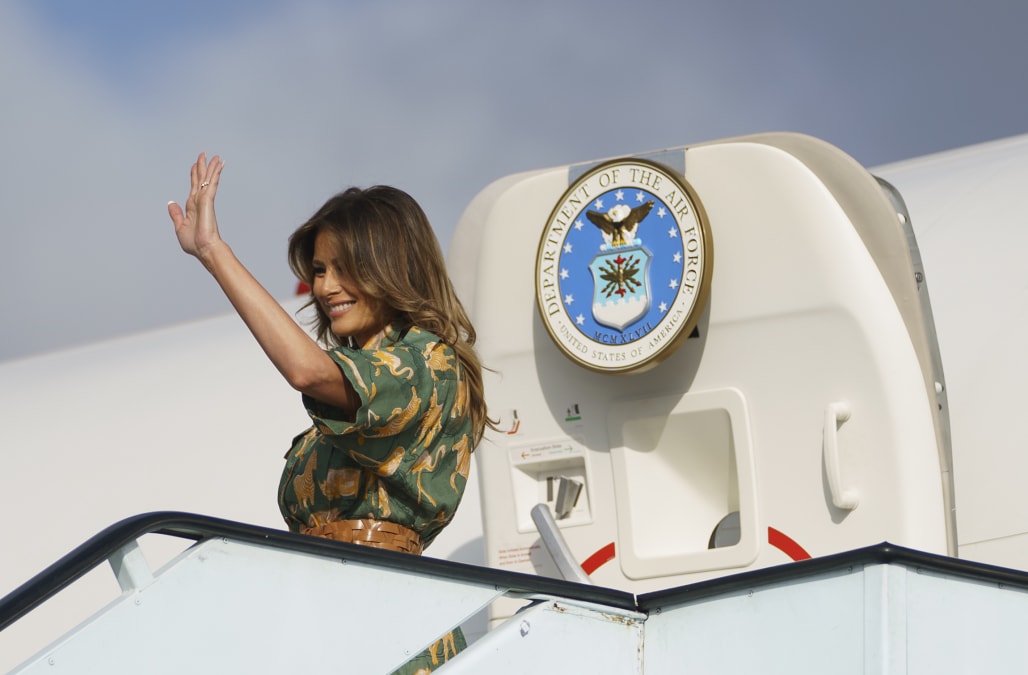 On Thursday — the 28th day of the government shutdown — Melania Trump flew to the private resort of Mar-a-Lago, Florida, from Joint Base Andrews, Maryland, on an Air Force jet, NBC reported.

The reported trip came hours after Donald Trump told Pelosi he was canceling her trip to Afghanistan "in light of the 800,000 great American workers not receiving pay."

The president said it would be better if Pelosi stayed in Washington to negotiate an end to the shutdown with him and join "the Strong Border Security movement." He told Pelosi she was welcome to pay for commercial flights instead.

The House speaker's office issued a statement rebuking the president over his letter.

"In Brussels, the delegation was scheduled to meet with top NATO commanders, U.S. military leaders and key allies — to affirm the United States' ironclad commitment to the NATO alliance," Drew Hammill, a spokesman for Pelosi, wrote in the statement.

On Wednesday Pelosi wrote to the president, imploring him to delay his annual State of the Union address on January 29 because of "security concerns" caused by the shutdown.

The cancelation of the trip appears to be a direct response to Pelosi's letter.

In the letter, she noted that the US Secret Service and Department of Homeland Security lack the appropriate funding to carry out their duties.

The government shutdown is in its 28th day and is the longest in US history. No federal workers have received payslips since the shutdown started on December 22.

The shutdown hinges on the $5.7 billion Trump wants from Congress to build his Mexico border wall.

Trump is facing opposition from Democrats, who think the wall is not a viable solution to immigration issues in the US, and have refused to sign off on the funding.

More from Business Insider:
Ann Coulter doubles down: Trump will be 'dead in the water' if he doesn't build the wall
Rudy Giuliani leaves open the possibility there may have been collusion between the Trump campaign and Russia
How Trump's inaugural committee spent the record $107M worth of donations to celebrate his election