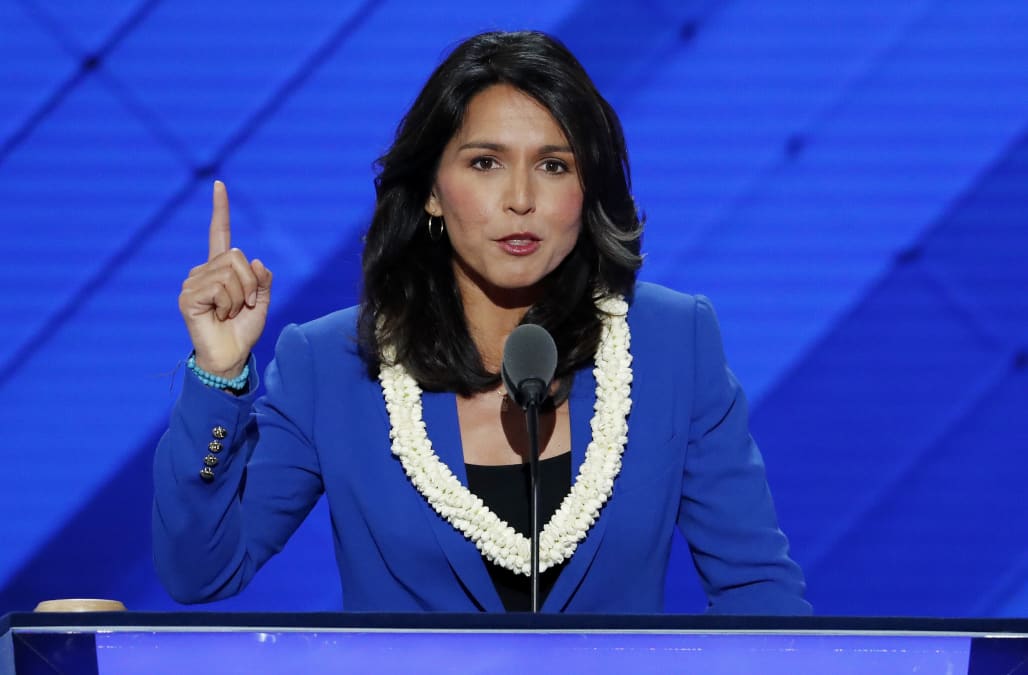 One week after her 2020 presidential rollout, the campaign of Rep. Tulsi Gabbard, D-Hawaii, has hit a pothole.

Gabbard issued an apology Thursday for anti-gay views she expressed in the past, attributing them to her conservative upbringing.

“In my past, I said and believed things that were wrong,” said Gabbard, who represents Hawaii’s second district in the U.S. House of Representatives. “And worse, they were very hurtful to people in the LGBT community and to their loved ones.”

Saying she “grew up in a socially conservative household,” Gabbard explained in her video that she was “raised to believe that marriage should only be between a man and a woman,” although she said that she has always believed that every person was created equal in God’s eyes.

“So, for a period of my life, I didn’t see the contradiction in those beliefs,” Gabbard said, explaining that she was raised by a father, Mike Gabbard, who was a legislator and Catholic activist “fighting against gay rights and marriage equality.” Gabbard gravitated toward Hinduism, her mother’s religion, as a teenager.

When she was a teenager, Gabbard also joined her father’s effort to pass a constitutional amendment in Hawaii to ban gay marriage, and when she was elected to Hawaii’s state legislature in 2001, at the age of 21, she continued that fight. In 2012, when Gabbard ran for Congress, she apologized for her anti-gay advocacy.

Her latest apology comes six days after she announced her presidential candidacy. Gabbard is not well-known nationally, and in a survey conducted in December of liberal activists, she earned only 2 percent support.

At a time when Gabbard’s main campaign focus is to raise her profile and introduce herself to voters, the focus on her past could reduce her appeal to voters. A 2018 Gallup poll found that 83 percent of Democrats supported the legalization of gay marriage.

“My views have changed significantly since then, and my record in Congress over the last six years reflects what is in my heart,” Gabbard said in her video.

More from Yahoo News:
President or private citizen? Bloomberg mulls over where he’d have biggest impact on climate and gun control
Colorado Sen. Michael Bennet says he is considering a run for Democratic presidential nomination
President Avenatti? Lawyer for Stormy Daniels and Julie Swetnick wants the 2020 Democratic nomination, arguing that no one will swing harder at Trump