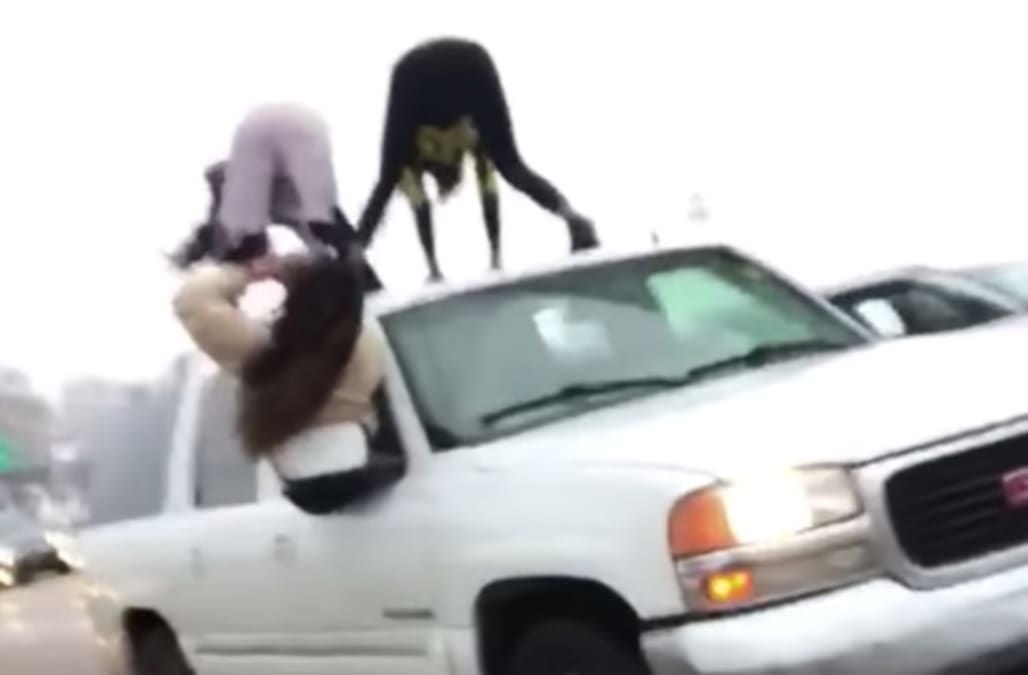 Passengers on 1-64 in St. Louis, Missouri, were shocked when their Monday evening commute included a terrifying live show.

In the middle of rush hour traffic, two women climbed onto the roof of their SUV to show off their twerking skills. Another woman leaned out the window to film the dance-off for social media. The shocking video has gone viral, but likely not for the reasons the performers intended.

"If (the women) fell off and were injured or killed, we’re supposed to feel sorry for their families? I think not!!" a Facebook commenter wrote.

One appalled woman recorded the entire incident out of her own car window and sent it to local news channel KSDK. The station, in turn, contacted the police, even though the twerking women seemed to have gotten away with the very dangerous stunt.

Watch the dangerous stunt above.

More from Aol.com:
Baby survives after car seat falls out of moving car
Watch: This guy's crazy balancing skills will blow you away
Woman caught drinking wine from Pringles can is banned from Walmart