Rob Gronkowski insists he's 'all in,' hasn't thought about retirement 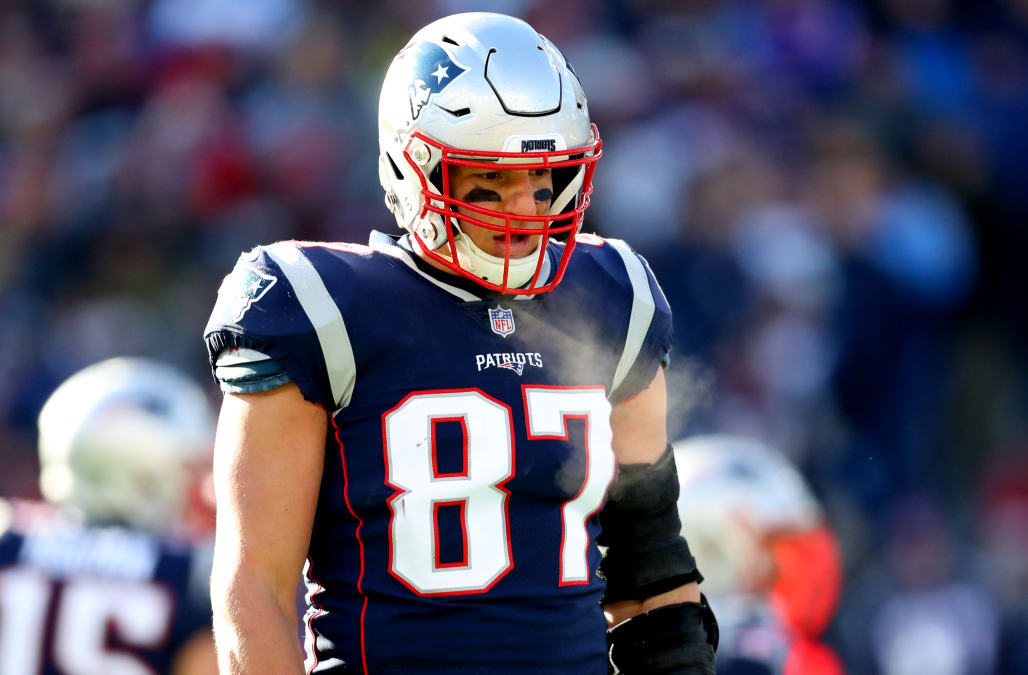 Rumors are swirling about New England Patriots tight end Rob Gronkowski's possible retirement at the end of this season, but the NFL superstar put that chatter to rest on Sunday – at least, for the time being.

"I'm all in right now," Gronkowski said in his postgame press conference after the Patriots' 41-28 win over the Los Angeles Chargers. "I haven't thought about anything like that."

The tight end was only targeted once during Sunday's AFC divisional round game, which resulted in a 25-yard reception. Gronkowski missed three games this season due to injury and has largely had a quiet season, with his best game coming in New England's Week 14 loss to Miami, when he went 8-for-8 with 107 yards and a touchdown.

It isn't outlandish to think Gronkowski, whose career has been plagued by injuries, could be considering retirement. The same sort of speculation occurred over the 2018 offseason, but the tight end ultimately reported to training camp on time.

See Gronkowski through his career with the Patriots:

There were also reports of a trade in the works to send Gronkowski to the Detroit Lions, but he said he would rather retire than play with a quarterback other than Tom Brady.

New England will travel to face the Kansas City Chiefs at Arrowhead Stadium on Sunday for the AFC Championship Game, marking the eighth-straight year that the Patriots have made it to the championship round.