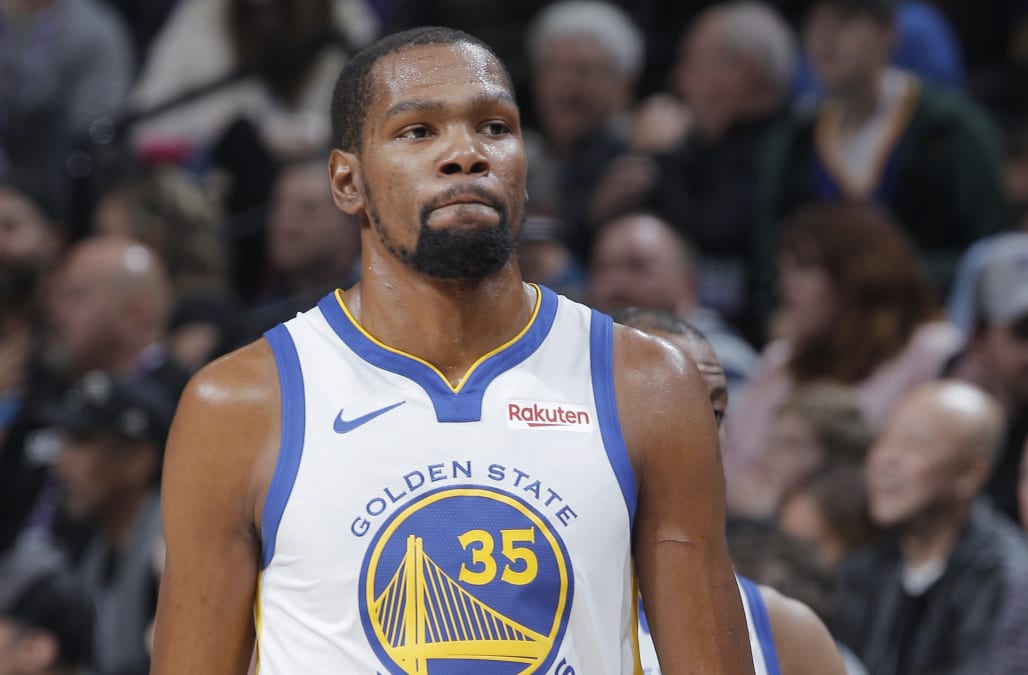 Bobby Portis did not play Saturday against the Utah Jazz.

The Chicago Bulls forward injured his elbow on Friday while setting a screen on Kevin Durant in a 146-109 loss to the Golden State Warriors.

The play happened off the ball as the Bulls moved in transition and the Warriors were getting back on defense. As Kris Dunn drove the lane, Portis set the screen.

Portis, Durant get tangled up

Portis’ right arm got tangled up with Durant, who shoved Portis away in an effort to get to Dunn.

Here is the play Bobby Portis is saying Kevin Durant tried to injure him on. A lot going on here but watch KD's left arm/hand. #BullsNationpic.twitter.com/7SGj4MVcGu

Portis suffered a sprained elbow and says Durant meant to hurt him on the play.

“Yeah, that wasn’t inadvertent,” Portis told the Chicago Tribune Saturday night. “If I would have done that, I would have gotten a foul called on me. I guess it’s just who you’re playing against. Everything is officiated different toward whoever it is, but if you look back at the video at the time, it was obvious.”

Both players received technical fouls after exchanging words in the aftermath of the play.

In exclaiming that he would have been called for a foul, Portis appears to be pointing to favorable treatment of a superstar while arguing that he doesn’t get the benefit of any doubt because of last season’s practice altercation with former teammate Nikola Mirotic.

Portis hit Mirotic in the face, causing a concussion and multiple maxillary fractures, leading to an eight-game suspension.

The Bulls eventually traded Mirotic to the New Orleans Pelicans.

“Obviously, everything is officiated differently towards me,” Portis said. “It’s because of that incident last year. Everybody thinks I’m this bad guy, when really I’m a really good dude.”

Durant has not yet responded to Portis’ accusation in public on social media. That comes as a bit of surprise given Durant’s propensity for being lured into public spats with players and fans.

More from Yahoo Sports:
• Robinson: Tough questions ahead for Cowboys in the offseason
• Brown: Rams winning the heart of Los Angeles
• Report: Gronk will consider retirement after the season
• Report: Sarkisian heading to Alabama, passing over NFL