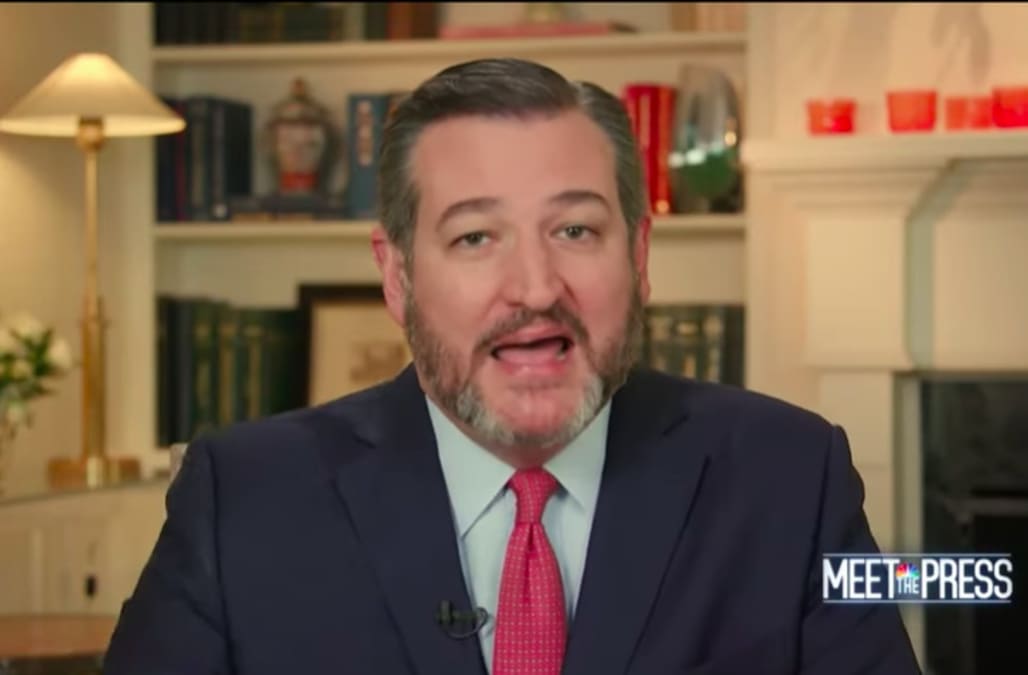 Sen. Ted Cruz, R-Texas, said that Americans beyond the Beltway do not think the investigation into possible collusion between the Trump campaign and Moscow is that important.

On Sunday, Cruz told NBC’s “Meet the Press” that the media’s focus on special counsel Robert Mueller’s probe into Russia’s campaign to disrupt the 2016 U.S. presidential election is just another example of the disconnect between most of the nation and its capital.

“There is an incredible divide between Washington and the rest of the country. When it comes to Bob Mueller and the Russia investigation, the mainstream media, Washington is obsessed with it. And when you get outside the Beltway, I don’t find anybody concerned with this at all,” Cruz said.

Cruz said the people he meets in the Lone Star State are far more concerned about their job opportunities, lower taxes, higher wages and border security than Russian interference or the investigation.

“So the questions I get are not about the latest obsession and allegations about Russia, Russia, Russia. They’re about when are we actually going to secure the border? When are we going to keep making this country safer? So that’s going to stay my focus.”

Cruz, who sits on the Senate Committee on the Judiciary, said he will consider any evidence provided but isn’t going to base his decisions on “unsubstantiated media reports.”

He was referring to a New York Times report Friday night that law enforcement officials were so worried about President Trump’s behavior just days after he fired James Comey as FBI director that they launched an investigation into whether the president was working for Russia against American interests. According to the Times report, counterintelligence investigators sought to determine whether Trump was intentionally working to further Moscow’s goals or had unknowingly succumbed to its influence.

Sen. Mark Warner, D-Va., said on CNN’s “State of the Union” Sunday that whether Trump ever worked on behalf of Moscow is “the defining question” of the Senate Select Committee on Intelligence’s investigation.

Trump was widely criticized after his joint press conference with Trump and Russian President Vladimir Putin in Helsinki last summer. Trump failed to confront Putin over the conclusion of the U.S. intelligence community that Russia launched a multifaceted campaign to shake the faith of the American people in the democratic process and to inflame prejudices within the nation.

When asked whether the Senate should subpoena a translator so they can see what Trump and Putin have discussed behind closed doors, Cruz said he would like to learn “a little more” but that it would be premature to take that action.

A Gallup poll last summer found that 58 percent of Americans surveyed think it’s important to try to improve the relationship between the U.S. and Russia and that 36 percent think the U.S. should take strong diplomatic and economic steps against Russia.