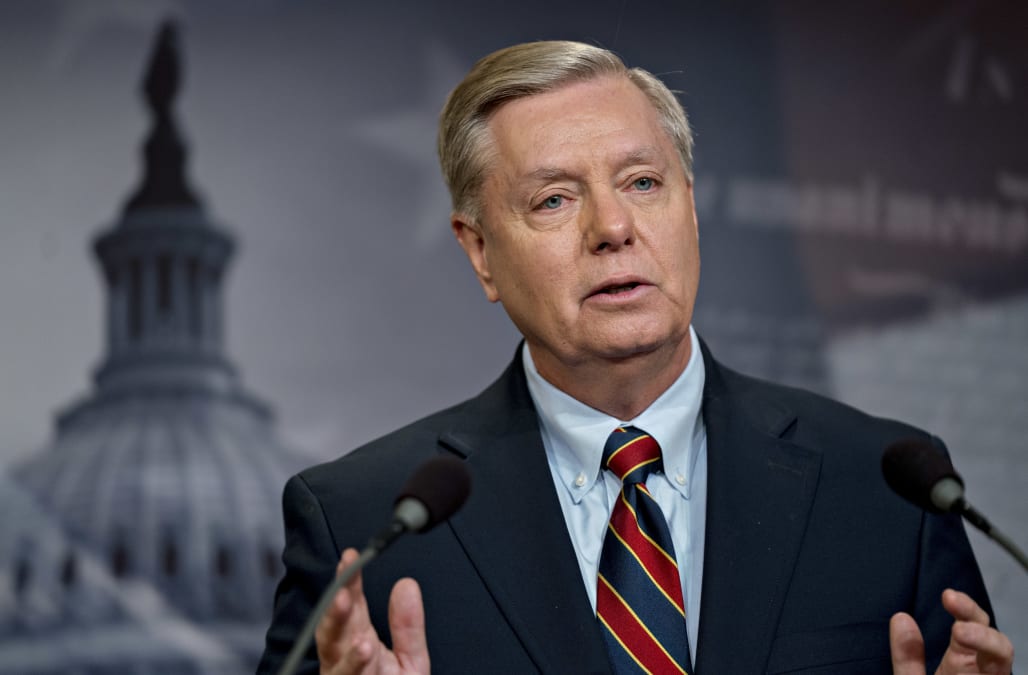 Sen. Lindsey Graham (R-S.C.) urged President Donald Trump to reopen the federal government for a short period to see if a deal can be reached with Democrats before declaring a national emergency over border security.

Trump has refrained from going that route, which would involve bypassing Congress to build a wall on the U.S.-Mexico border with unidentified Pentagon funds. The president told reporters on Friday that he wasn’t planning to make a declaration “right now” but that he would if he had to.

The idea has gotten pushback in Congress, however. Some Republicans who railed against executive overreach during President Barack Obama’s administration now fear that a future Democratic president could similarly declare a national emergency and fund projects without congressional approval.

Both Republicans and Democrats also said they believe the move would likely be challenged in court, blocking construction of a wall the administration has said is needed immediately to address an urgent “crisis” on the border.

During an appearance on “Fox News Sunday,” Graham suggested that Trump sign a bill funding the government for three weeks to allow time for further negotiations with Democrats before the president “pulls the plug” on an emergency declaration.

Graham’s comments are significant, given that he has been one of the president’s biggest allies in Congress, steadfastly urging him not to back down on the wall or else risk an end to his presidency. A three-week continuing resolution signals a walk-back from that hard-line position.

The South Carolina Republican added in the interview that he spoke with the president shortly before his television appearance and told him he would support an emergency declaration.

“That’s my last option,” Trump said, according to Graham.

Democrats have been calling on Trump and Senate Republicans to allow a vote on a short-term bill that would open the government, giving the two sides more time for talks.

“What Lindsey Graham just told the president is a great place to start,” Sen. Chris Coons (D-Del.) said in a separate appearance on ”Fox News Sunday.”

The consequences of the partial government shutdown are mounting ― for national parks, airports, food inspections, emergency preparations and a host of other services. Some 800,000 federal workers missed their first paycheck on Friday, prompting fears among many of taking on debt to pay for food, medication, rent and loans.

Republicans are also losing the battle for public opinion amid the partial shutdown, which is now the longest in history. Fifty-three percent of Americans surveyed said Trump and the GOP are at fault for the shutdown, while only 29 percent said Democrats are to blame, according to a Washington Post/ABC poll released Sunday.

It’s unclear whether Trump will heed Graham’s suggestion. The president tweeted on  Sunday he was “in the White House, waiting” for Democrats to reach a solution on reopening the government, even as most lawmakers remain out of town with Congress adjourned until Monday.

I’m in the White House, waiting. The Democrats are everywhere but Washington as people await their pay. They are having fun and not even talking!