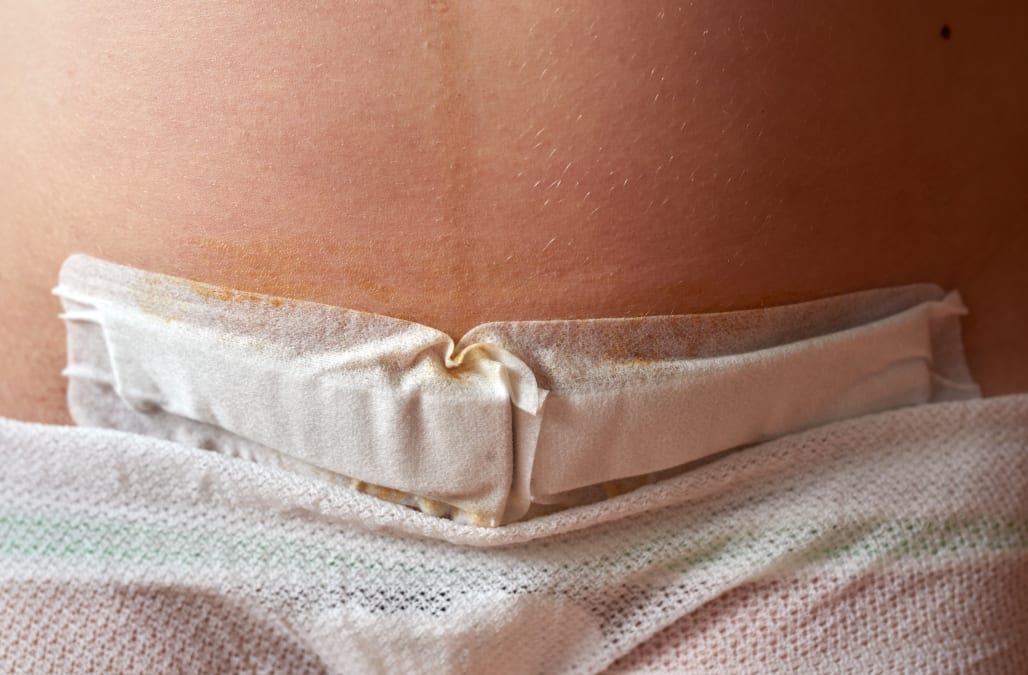 A woman was rushed to the hospital after the wound from her cesarean section burst open five days after she gave birth to her first child in December 2011.

Mel Bremner recently told parenting website ChannelMum.com that she was showering in her home in Macduff, a small town in Aberdeenshire, Scotland, when she bent down to pick up a bottle of shampoo.

Bremner, a 38-year-old mother and waitress, said she then felt her C-section scar "burst" open, leaving her cradling her intestines, which poured out of the wound.

"When I stood up I saw my intestines spilling out of my stomach," she told the website. "I called for my partner, who was still in bed, he got me out of the shower and sat me down and put my feet up. He was in the military so he’s used to these sorts of things!"

The medical term for what happened to Bremner is wound dehiscence, a very serious post-operative condition in which a wound ruptures along a surgical incision. Mortality rates have been reported as high as 45 percent, according to the U.S. National Library of Medicine.

But despite the severity of her injury (which you can see graphic images of here,) Bremner said that she didn't feel any pain during the incident.

"It was all quite bizarre!" she told ChannelMum. "The paramedics arrived and filled me full of morphine, whisked me away to be airlifted to the nearest hospital which was 45 miles away. I was stitched back up and spent another 3 days in hospital."

While at the hospital, the couple said their C-section consultant speculated he may have cut the end of her sutures too short while stitching her up or not tied the knot tight enough.

Bremner, now a mother of three girls who were all delivered in cesarean births, told the Mirror she decided to share her story to dispel the myth that C-sections are "easy" and to encourage new moms to rest and take it easy following the major procedure.