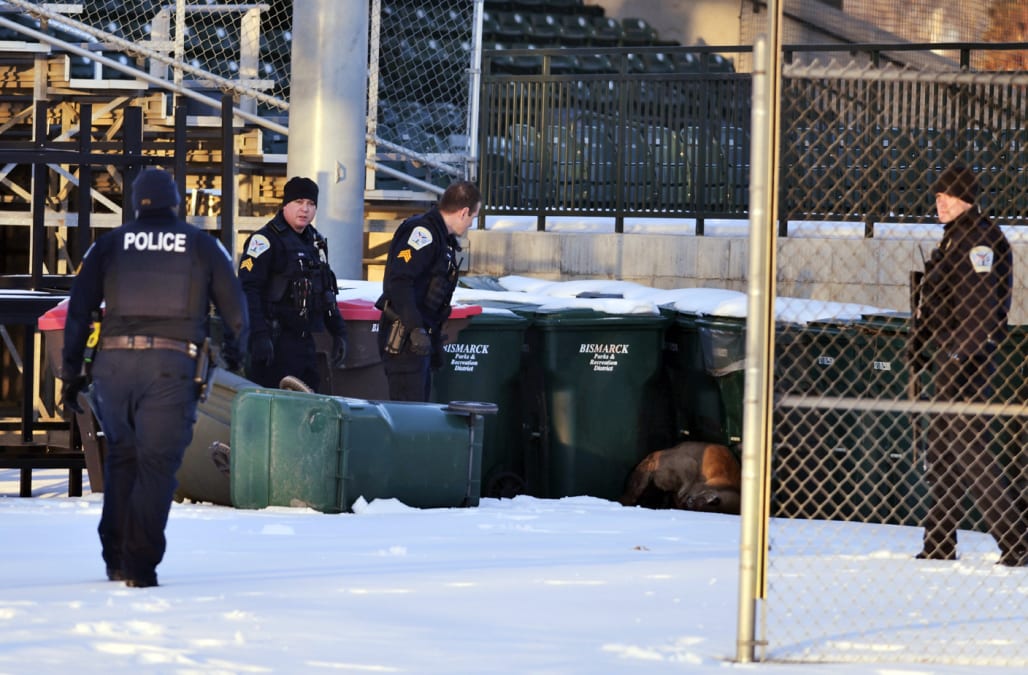 A mountain lion that wildlife officials had been tracking was gunned down Tuesday after wandering into an area not far from downtown Bismarck, the capital of North Dakota.

Mountain lion sightings in cities are extremely rare — the last one killed within Bismarck’s borders was about a decade ago. Officials believe the young male had been traveling along the Missouri River in search of new territory and possibly followed a deer into the city.

Downtown Bismarck is in the proximity of the Missouri River and “is an excellent travel corridor for young lions seeking new territory,” said Jeb Williams, wildlife chief for the state Game and Fish Department. “He just got off track a little bit.”

Mountain lion
Cougar, Mountain Lion (Puma concolor) at waterfall, Rocky Mountains, Colorado, North America
The snow-capped peaks of Klimanjaro looms over a young lion (Panthera leo) in Amboseli National Park KENYA
Mountain Lion (cougar, puma, panther) Felis concolor, jumping from rock to rock, controlled situation on a private ranch outside of Yosemite, CA. USA
Mountain Lion (Felis Concolor)
Cougar jumping from a boulder
Houston, Texas.
The Mountain Lion also known as the Puma or Cougar. Like almost all cats, the cougar is solitary and, excepting brief mating couples, only mothers and kittens live in groups. It is a secretive animal, most active around dawn and dusk. Studies show dense underbrush is preferred by the cat, but it can live with little vegetation in open areas.
Stuffed Puma
Female mountain lion (Felids concolor) carrying cub in mouth, Canyonlands National Park, Utah, USA.
A mountain lion lying atop a rocky ledge. MT
Up Next

Cops got a call early Tuesday morning from someone reporting seeing a lion in a residential backyard. Law officers and wildlife officials responded to the area and followed the animal’s tracks through two city parks and a ballfield, reported The Associated Press.

“Due to the danger and proximity to homes, the mountain lion was dispatched after it was located,” said police spokeswoman Lynn Wanner.

In October, a coyote trapper is believed to have caught the same mountain lion, likely between 1 and 2 years old and weighing 100 pounds. Wildlife officials sedated the beast and attached an identification ear tag and GPS-tracking collar before releasing it back into the wild.

But the lion slipped the collar off, which made officials think it had died since it wasn’t moving.