US confirms death of militant involved in USS Cole bombing 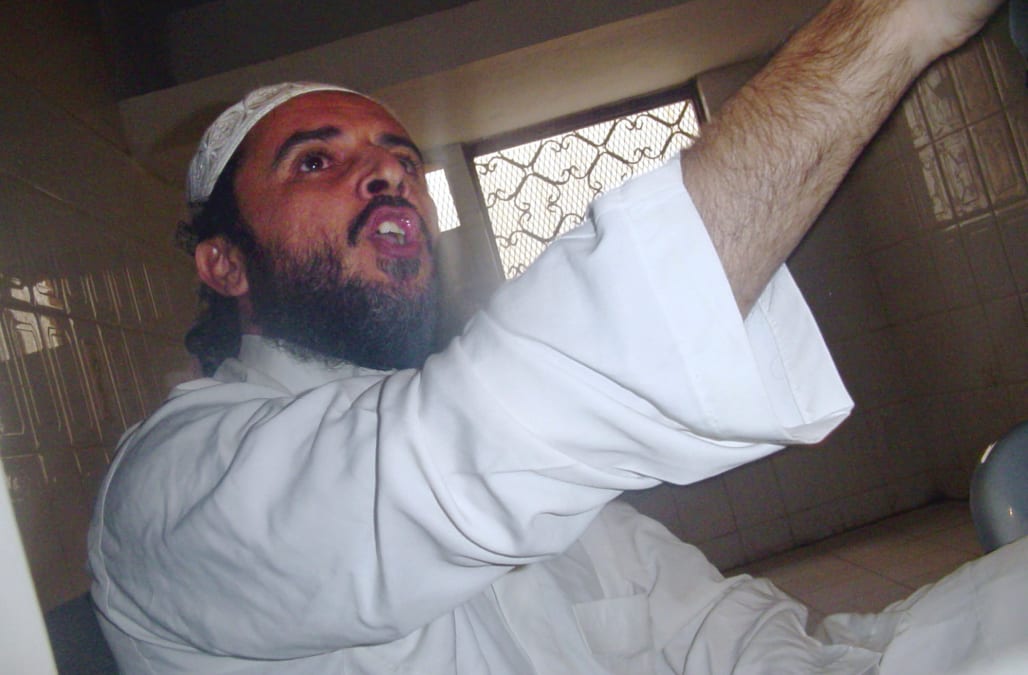 WASHINGTON (AP) — A U.S. military spokesman confirms that an American airstrike killed an al-Qaida operative accused of involvement in the attack nearly two decades ago on the USS Cole that killed 17 sailors.

The spokesman for U.S. Central Command, Navy Capt. William Urban, says the military has confirmed through "a deliberate assessment process" that al-Badawi was killed on Jan. 1 in the strike east of Sanaa, the Yemeni capital.

Our GREAT MILITARY has delivered justice for the heroes lost and wounded in the cowardly attack on the USS Cole. We have just killed the leader of that attack, Jamal al-Badawi. Our work against al Qaeda continues. We will never stop in our fight against Radical Islamic Terrorism!

President Donald Trump tweets that "Our GREAT MILITARY has delivered justice for the heroes lost and wounded in the cowardly attack on the USS Cole."

The Cole was attacked by suicide bombers in an explosives-laden boat while refueling at the Yemeni port of Aden.

Jamal al-Badawi,
This photo provided by the FBI shows Jamal al-Badawi. An American military spokesman says a U.S. airstrike in Yemen targeted al-Badawi, an al-Qaida operative accused of involvement in the Oct. 12, 2000 attack on the USS Cole that killed 17 sailors. The spokesman, Navy Capt. William Urban at U.S. Central Command headquarters, said Friday, Jan. 4, 2019 that the Jan. 1 airstrike targeted Jamal al-Badawi. Urban said U.S. forces are attempting to confirm his death.(FBI via AP)
Jamal Mohammed Al-Badawi headshot, convicted of participating in attack against USS Cole, San'a, Yemen, photo
Jamal Mohammed Al-Badawi headshot, convicted of participating in attack against USS Cole, San'a, Yemen, photo on black
Behind bars in their courtroom jail cell, Jamal al-Badawi, left, and Fahd Al Qis, right, listen to the appeal court proceedings, San'a, Yemen, Wednesday, Dec. 8, 2004. The appeals trial of six men convicted in the 2000 bombing of the USS Cole opened Wednesday with prosecutors demanding the execution of two defendants who escaped the death penalty. Al-Badawi recieved the death penalty. Al Qis and several others received jail sentences ranging from five to 10 years. (AP Photo/Yemen Times, Mohammed Al Qadhi)
Jamal al-Badawi shouts and shakes his fist in the air upon hearing the court's decision to sentence him to death for participating in the October 2000 attack against the American warship USS Cole, in San'a, Yemen, Wednesday, Sept. 29, 2004. Abd al-Rahim al-Nashiri, not present in court, was also given the death penalty, while four others were sentenced to prision terms ranging from five to ten years. (AP Photo/The Yemen Times, Muhammed Al Qadhi)
Up Next