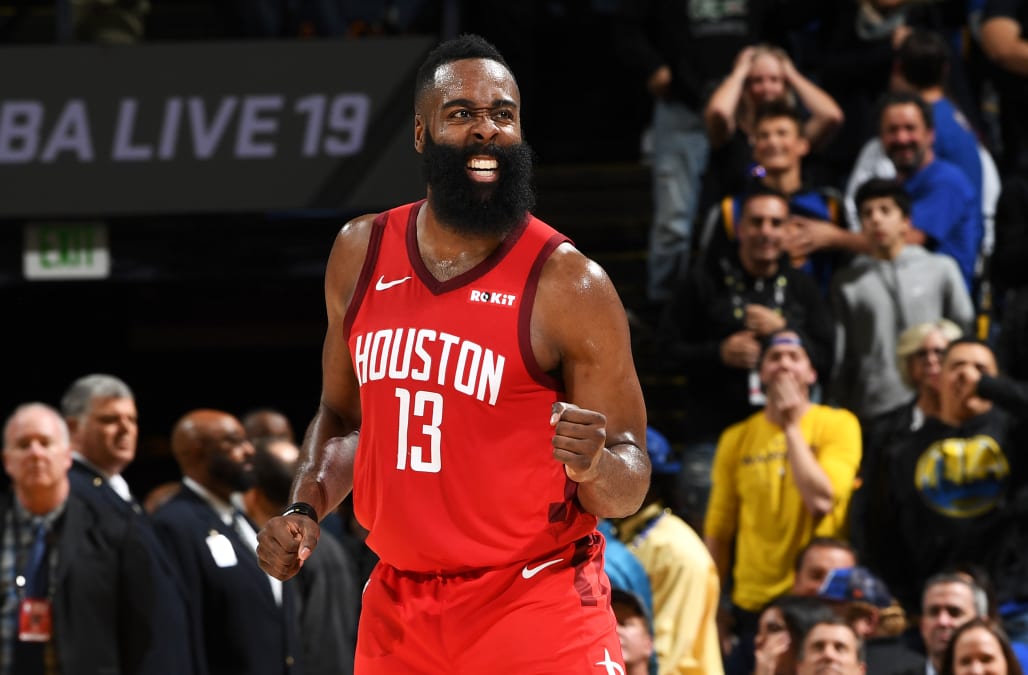 Once again, James Harden took over on Thursday night in Oakland.

After falling into a 20-point hole midway through the game, Harden and the Houston Rockets stormed back in the second half against the Golden State Warriors at Oracle Arena to bring it to single digits in the final minutes — saving a game that was once seen by many as lost.

While it seemed the Warriors were going to hold them off, a critical 6-0 run in the final 1:03 left in the game, capped by a huge Harden step-back 3-pointer over Kevin Durant, tied it up 119-119.

Harden had one final chance at a game-winner but couldn’t get it to fall, which sent the game to overtime.

After a bobbled possession by Durant, in which he should have been called for stepping clearly out of bounds, the ball was kicked to Curry, who drained a mid-range jumper to put the Warriors up by two points with less than 10 seconds left.

Harden had one last chance left, and went for it all. With just three seconds left, Harden pulled up and took a heavily contested 3-point shot over Draymond Green and Klay Thompson and drilled it, giving the Rockets the 135-134 overtime win.

Check it out from a different angle:

“The work. Yesterday I was in that same spot shooting the same shots,” Harden said. “I had confidence that it was going to go in. Even the ones that I miss, they feel good. It’s a big time shot, and I’m happy we came out with the win.”

"I had confidence that it was gonna go in."@ROSGO21 catches up with James Harden after he hits the game-winner for the Rockets! #Rocketspic.twitter.com/C9ADrm8wjT

Harden finished with 44 points, marking his fifth-straight 40-point game, 15 assists and 10 rebounds. He shot 13-of-32 from the field and 10-of-23 from behind the arc. It also marked his ninth-straight game with at least 35 points and five assists, an NBA record.

“He just did what he does,” Warriors coach Steve Kerr said, via 95.7 The Game. “He’s a master of the isolation and the step-back 3 and drawing fouls. … He made an impossible shot at the end. Just an incredible performance, so give him all the credit he deserves.”

Clint Capela finished with a double-double for the Rockets with 29 points and 21 rebounds, and Austin Rivers added 18.

Steph Curry led the Warriors with 35 points, shooting 14-of-27 from the field, and Durant and Thompson each added 26.