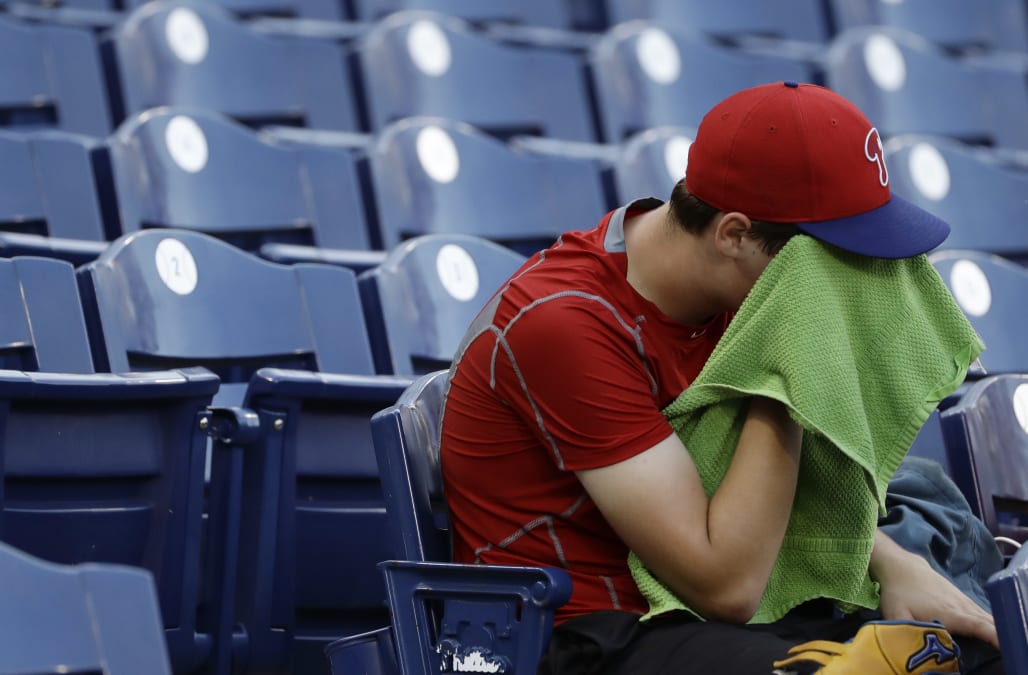 The holiday season is upon us, which means the baseball Hot Stove has moved into a holding pattern. No moves have been completed in several days, and the decisions of top free agents Bryce Harper and Manny Machado appear to be no closer than they were a week or two ago.

Of course, the lack of signings and trades doesn’t mean that the rumor mills have stopped churning, or that new interesting information hasn’t reached the surface. In fact, there was a fascinating new report on Wednesday that might strongly hint where both Harper and Machado don’t want to sign this winter.

According to Joel Sherman of the New York Post, both Bryce Harper and Manny Machado appear to have soured on the possibility of signing with the Philadelphia Phillies.

In a brief excerpt buried several paragraphs deep in his Wednesday column, Sherman wrote the following: “Word is neither player particularly likes Philadelphia and both would have preferred the Yankees, who have shown little interest in Harper.”

It’s a vague report that doesn’t really tell us how, why or when Philadelphia moved out of favor with both camps. Machado met with the Phillies last week, and there was no hint then that he didn’t want to be there.

It’s been reported that both Harper and Machado have their preferences. Harper recently liked a post that suggested he go to the Los Angeles Dodgers, fueling feelings that he would prefer to head west. Meanwhile, the feeling was that Machado was the most enthusiastic during his visit with the New York Yankees, leading many to assume New York will be his future home.

All the while, the Phillies have remained on the short list of teams believed to be in the best position to sign Harper and Machado. That’s in part due to the “stupid” money they have to spend, their clear interest in both players, and what we assumed was clear interest from both players in Philadelphia.

That’s what makes this single sentence from Sherman’s column an attention grabber. If even remotely close to accurate, it’s a potential game-changer.

Related: MLB players who have switched teams over the 2018-19 offseason

MLB players who have switched teams over the 2018-19 offseason

Traded from the Pittsburgh Pirates to the Chicago White Sox

(Photo by Jonathan Newton / The Washington Post via Getty Images)

Traded from the Arizona Diamondbacks to the St. Louis Cardinals

Traded from the Seattle Mariners to the Philadelphia Phillies

Traded from the Cleveland Indians to the Seattle Mariners

Traded by the Cleveland Indians to the Chicago White Sox

Traded by the Milwaukee Brewers to the Seattle Mariners

Left the Cleveland Indians in free agency to sign with the St. Louis Cardinals

Traded by the Texas Rangers to the Oakland A's

Why Harper and Machado’s options could be limited

The other interesting layer to Sherman’s column is that without Philadelphia, Harper and Machado’s already thin list of realistic options would become even thinner.

Both players are looking for long-term deals, perhaps up to 10 seasons, and worth at or above $300 million. The Phillies are one of a handful of teams that can spend that money. More importantly, they’re part of a smaller group that’s actually willing to spend that type of money. Sherman notes there’s no guarantee the Yankees or Dodgers would want to spend that much money this winter, especially if they don’t think they have to.

The Yankees and Dodgers seem to hold the most leverage, because they know demands for both players haven’t been through the roof. Both teams don’t desperately need another elite bat either. They both have loaded rosters. To the point that Yankees general manager Brian Cashman has already stated there’s no real room for Harper on his roster.

Both teams will contend next season with or without Harper and Machado. Both teams also have other areas to improve and other free agent and trade options to consider that would best position them in 2019 and beyond. Perhaps all of this means the Chicago White Sox have real reason for hope now, though it’s difficult to say if their offer can be enticing enough.

Sherman suggests the circumstances surrounding Harper and Machado’s free agency could force one of both to take a different approach.

“But the other choice, particularly for Harper, is fascinating,” Sherman writes. Because even if the Dodgers refuse to offer the mega-deal, landing there for four-ish years is what is best for Harper and — not that this should matter to the slugger — the game. “

This suggestion would not have seemed like a realistic possibility a couple years ago. Given how the free agent landscape has changed the last two winters though, perhaps anything really is possible here.

The biggest question coming into this winter was how high would the offers to Bryce Harper and Manny Machado be. Now it might actually come down to just how much money one or both are willing to give up in order to reach a preferred destination.