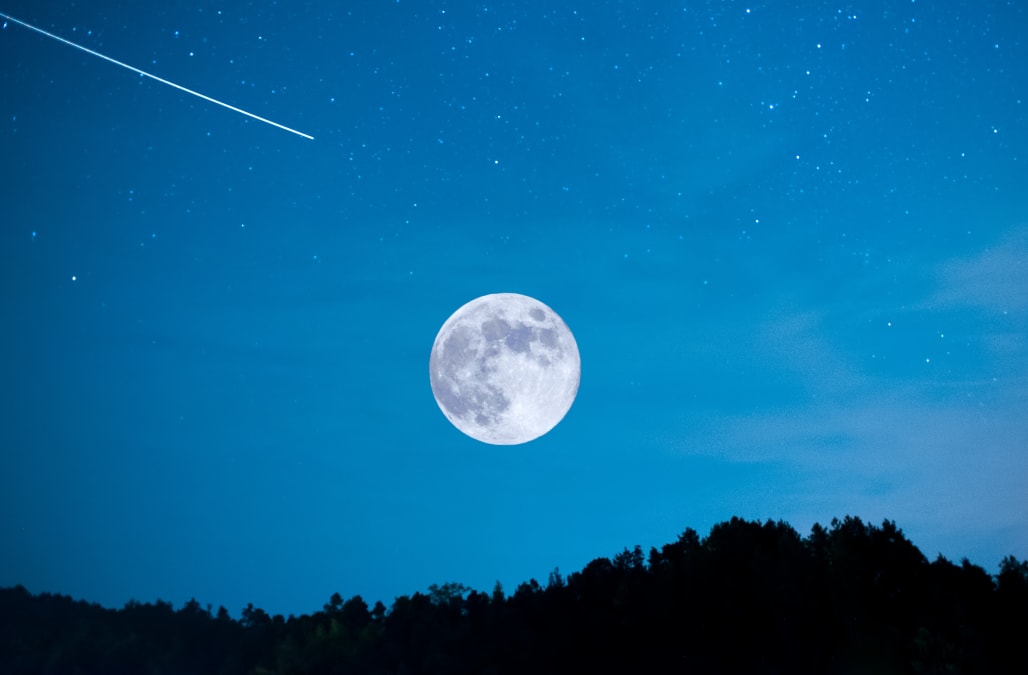 A full moon and a meteor shower are set to coincide on Friday night, making winter solstice 2018 an extra special occurrence.

The annual Ursids meteor shower, which began on Dec. 17 and will last until Dec. 24, will reach its peak between Friday and Saturday nights in the Northern Hemisphere, with up to 10 meteors entering Earth's atmosphere per hour, Space.com reports.

Although the "Cold Moon" — a name given to December's full moon by Native American tribes due to the month's frigid weather — will not reach its peak until midday on Saturday, it will still appear full by Friday night, the longest night of the year, rounding out the winter trifecta.

Unfortunately, the bright light from the full moon will likely create unfavorable viewing conditions during the meteor shower's peak, earning this year's show the dubious title of "the cursed Ursids" from NASA meteor expert Bill Cooke.

Those who wish to try and view the spectacle are urged to seek a viewing area far away from areas heavily affected by light pollution, such as big cities.

RELATED: Names we have for different full moons:

More from Aol.com:
3 astronauts return from International Space Station
NASA's Insight Lander takes its first selfie from the surface of Mars
The Geminid meteor shower, one of the year's most spectacular, peaks this week — here's how to watch