One state set to drop blood-alcohol limit to .05, strictest in country 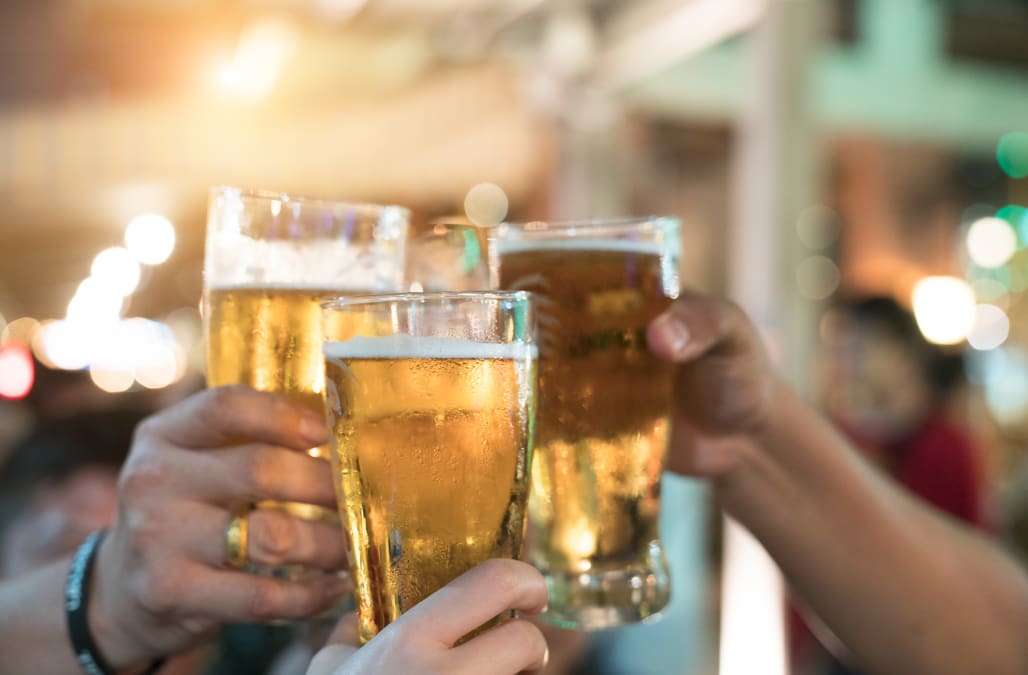 Utah will impose the country's strictest limit for alcohol consumption later this month — just in time for New Year's Eve.

The law, which was passed in March 2017 by Gov. Gary Herbert, will define driving under the influence as having a "blood or breath alcohol concentration of .05 grams or greater," which is lower than the nationwide standard of .08.

It also states that a person with a blood-alcohol concentration level of .05 or higher who "operates a motor vehicle in a negligent manner causing the death of another" will have committed an automobile homicide, a felony.

The National Transportation Safety Board has been recommending for years that states lower make this change, saying in a 2013 report that "more than 100 countries have already established per se BAC limits at or below 0.05." Utah is the first state to follow this advice.

Read on to learn more about the study and the long-term effects of heavy drinking.

In the first long-term study of its kind, scientists examined more than 5,000 British men for 20 years. The research found that heavy drinking caused memory decline. The research was conducted by scientists at University College London and published in the journal Neurology.

The participants took memory tests three times over a decade. They were also given tests to examine their reasoning, problem-solving abilities and task flexibility.

The scientists measured "heavy drinking" as consuming more than 4.5 units a day, which is two big glasses of wine or fewer than two pints of beer.

Men who consumed more than 4.5 units a day were more likely to experience memory failure and to experience it at a younger age than those who drank less.

The study also looked at 2,099 women. Those who drank more than two units were more likely to demonstrate cognitive decline, but the researchers said the results were conclusive.

"It's crucial to continue investing in research if we are to understand how to keep our brains healthy as we age and prevent the diseases that cause dementia," Simon Ridley, the head of research at Alzheimer's Research UK, told The Guardian. "In the meantime, the best evidence suggests that in addition to not drinking to excess we can lower the risk of dementia by eating a healthy, balanced diet, keeping an eye on our blood pressure and weight and taking regular exercise."

The study concluded that "heavy alcohol consumption in mid-life is likely to be harmful for cognitive ageing, at least in men."

Science has discovered a lot more about how beer affects the body. Read on to learn more.

High in Vitamin B

One study lauded beer over wine because it has more protein and vitamin B, but physicians are wary of calling beer a health food.

Researchers found that men who had consumed two pints of beer did better on 40 percent more problems than non-drinkers in a study of brain teasers, but the scientists didn't condone drinking and taking tests!

Apparently, scientists found that beer can make you more attractive to mosquitos.

According to Dr. Katherine L. Tucker, a professor of nutritional epidemiology at the University of Massachusetts Lowell, drinking alcohol has been shown to moderately increase the risk of breast cancer in women.

Dr. Tucker found that drinking one or two drinks a day — either beer or wine — helped to protect bone density in both men and women.

Turns out beer is actually a great hair product! The yeast in beer affects the volume and strength of hair. Malt has a smoothing and nourishing effect.

Alcohol-impaired-driving fatalities accounted for 29 percent of the more than 37,000 auto-accident deaths in 2017, the lowest percentage since 1982, when National Highway Traffic Safety Administration started reporting alcohol data.

Utah had the lowest number of traffic deaths involving alcohol-impaired drivers of any state, about 19 percent, according to data from the National Highway Traffic Safety Administration.

In 2000, President Bill Clinton signed into law that states must impose at least the .08 standard for drunken driving by 2004.

More from NBC News:
Colin Kroll, co-founder of HQ Trivia and Vine, found dead. He was 34.
One state set to drop blood-alcohol limit to .05, strictest in country
The dog who got a second chance ... in prison