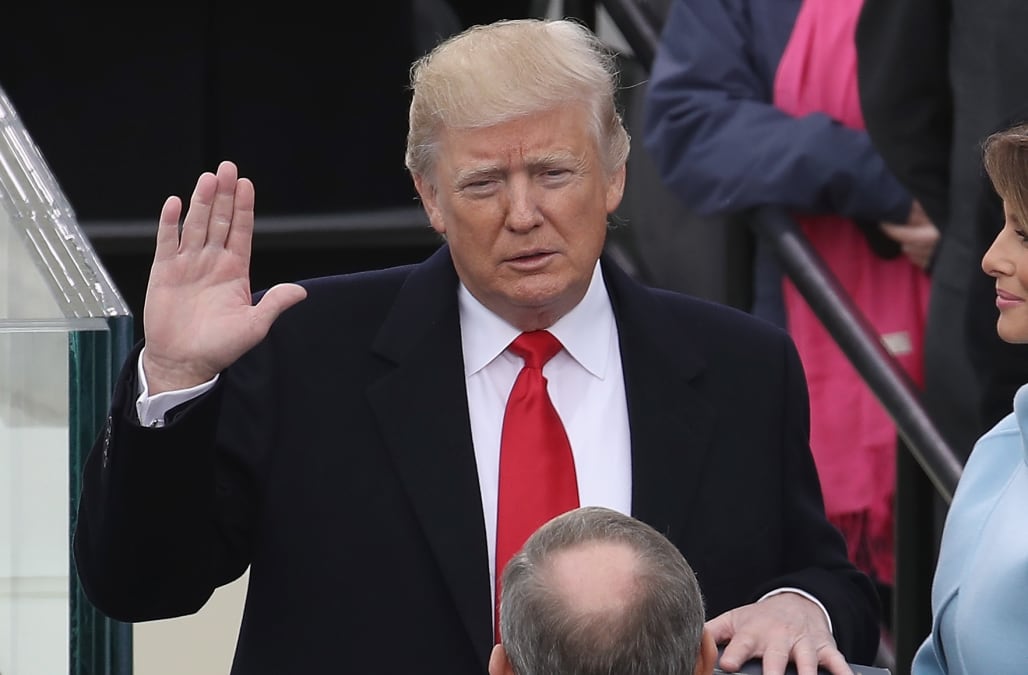 President Donald Trump's inaugural committee is under criminal investigation by federal prosecutors in Manhattan for pay to play and misspending some of the $107 million it raised from donations, The Wall Street Journal reported on Thursday.

The probe was launched by the U.S. attorney's office in Manhattan, the paper said, citing people familiar with the investigation.

The investigation, which is reportedly in its early stages, is looking into whether some of the committee's top donors gave money to gain access to the incoming Trump administration to influence policy positions, which could be a violation of anti-corruption laws.

The Journal reported that the investigation began in part after federal agents seized materials from Trump's former personal attorney Michael Cohen, who was sentenced on Wednesday to three years in federal prison for unrelated crimes.

NBC News has not independently verified the Journal report.

15 PHOTOS
Scenes from the crowd at inauguration
See Gallery

During that raid, FBI agents seized a recorded conversation between Cohen and Stephanie Winston Wolkoff, a former adviser to first lady Melania Trump, who worked on events for the inaugural committee, the paper reported.

On the recording, Wolkoff reportedly raised concerns about how the committee was spending money.

The paper reported that it could not determine when the conversation took place or why it was recorded, but said it in the possession of federal prosecutors in Manhattan.

In public tax filings, the committee identified vendors accounting for $61 million of the $103 million it spent, according to the Journal. The committee is required to publicly disclose its top five vendors as a nonprofit organization.

Federal Election Commission records show that donors included casino magnate Sheldon Adelson, AT&T and Boeing, all of whom gave $1 million or more. But the Journal reported that there is no sign that those donors are under investigation.

More from NBC News:
Trump confides to friends he's concerned about impeachment
Haley says she leveraged Trump's outbursts to get things done at the U.N.
Trump and Schumer-Pelosi brawl over the wall ahead of White House meeting