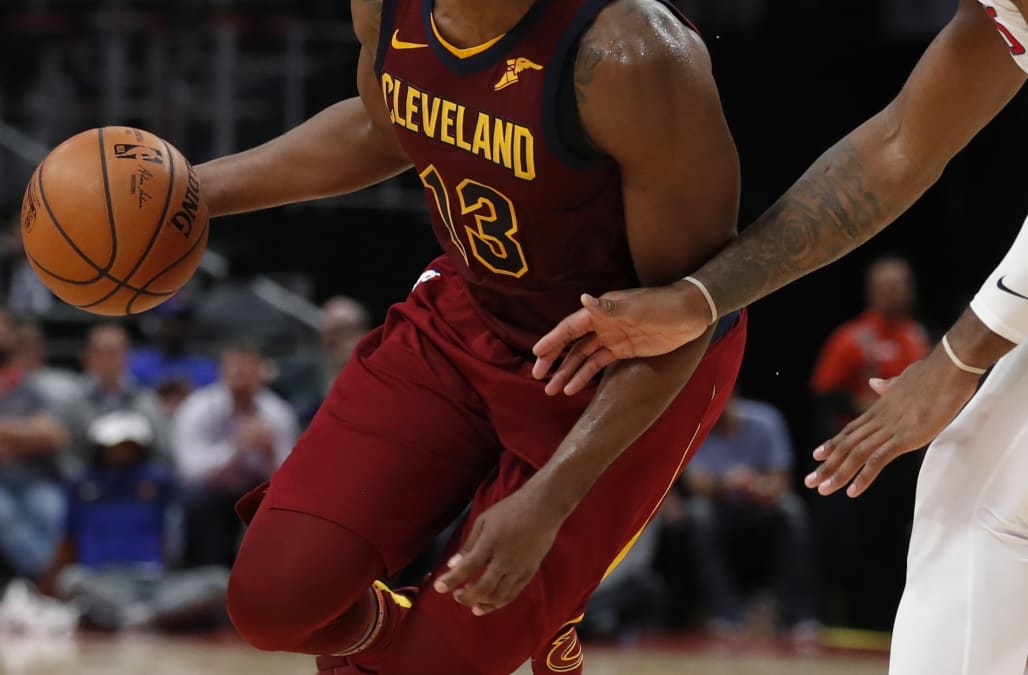 In a year that featured LeBron James' move to the Lakers, the Philadelphia Eagles' first Super Bowl win, Serena Williams fighting with an official and multiple Olympic records being set, the United States' most Googled athlete of 2018 was ... Tristan Thompson?

Thompson's Cleveland Cavaliers are an abysmal 6-21 through their first 27 games without LeBron, but it isn't the power forward's play that got him all that attention this year.

It was the Kardashian Effect.

Thompson's relationship with Khloé Kardashian sent him skyrocketing into the spotlight after the couple announced they were expecting a baby — and after it was revealed that the NBA player had been consistently cheating on his pregnant partner.

Kardashian gave birth to the pair's daughter, True, on April 12.

The rest of Google's top 10 list is filled out with multiple Olympians, another notable NBA player, and several NFL stars with some drama of their own.

See the most-searched athletes of 2018:

Weir made headlines for his outfits during the 2018 Winter Olympics, during which he worked as a commentator.

The 21-year-old was thrust into the spotlight after defeating Serena Williams at the US Open.

The 18-year-old made history at the Olympics when she became the youngest woman ever to win a snowboarding medal.

Foles, who started the NFL season on the bench in 2017, skyrocketed to stardom and was named Super Bowl MVP after the Eagles defeated the New England Patriots in Super Bowl LII.

Bryant sat out much of the 2018 NFL season in hopes of signing a contract with a "contender" — but unfortunately injured his Achilles shortly after signing with the Saints.

Leonard was traded to Toronto from the San Antonio Spurs after his relationship with the Spurs reportedly became rocky.

The former Pittsburgh Steelers star chose not to sign with the team, ending a months-long "will he or won't he?" contract dispute.

The Olympic skier had announced her upcoming retirement from the sport, but decided to stay on the slopes a bit longer after an injury derailed her training.

White won gold at the 2018 Winter Olympics in dramatic fashion, but his year was also plagued by sexual misconduct allegations and an insensitive Halloween costume.

Thompson's Cavaliers did make it back to the NBA Finals this year, but his fame is likely due to his tumultuous relationship with Khloe Kardashian. The two welcomed a daughter, True, in April.

More from Aol.com:
Simone Biles, crowned most dominant athlete, reveals she takes anxiety meds
Conor McGregor's coach suggested his days in the sport might be numbered
Yankees president Randy Levine doesn't plan on being Trump's next chief of staff