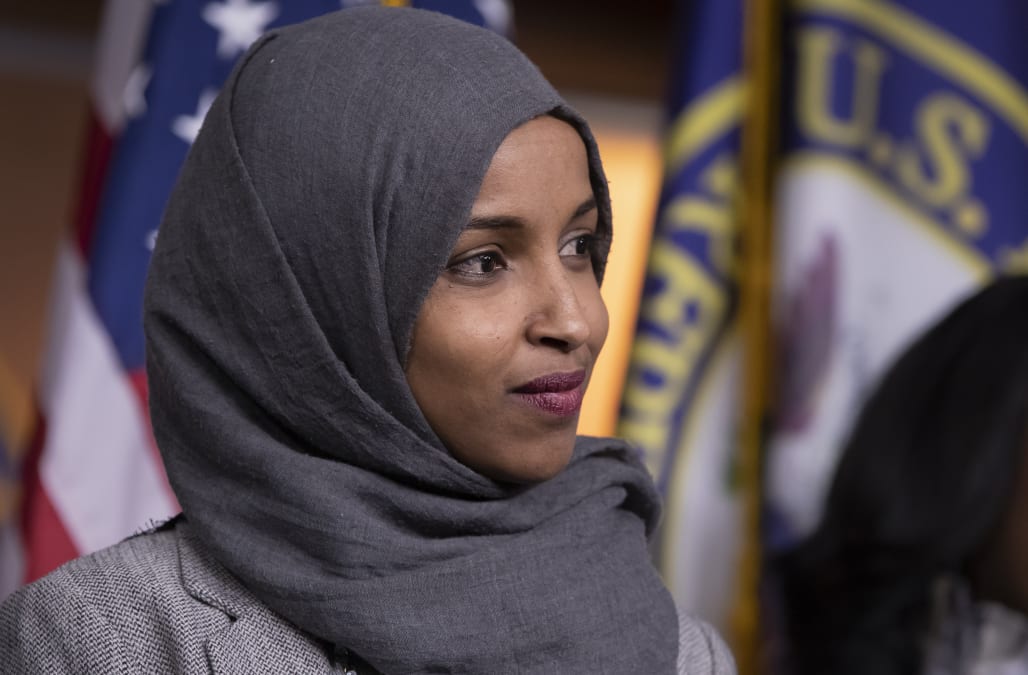 America is known as a melting pot where people can practice freedom of religion. Conservative minister E.W. Jackson, however, appears to believe that not every religion should be represented in Congress.

After reports that Democrats were attempting to reverse a 181-year-old ban on headwear on the floor of the U.S. House of Representatives, Jackson made a comment on his radio show, calling out Rep.-elect Ilhan Omar, D-Minn., who wears a hijab.

“The floor of Congress is now going to look like an Islamic republic,” Jackson said, according to the Hill. “We are a Judeo-Christian country.” He continued, “We are a nation rooted and grounded in Christianity and that’s that. And anybody that doesn’t like that, go live somewhere else. It’s very simple. Just go live somewhere else. Don’t try to change our country into some sort of Islamic republic or try to base our country on Sharia law.”

Omar and Rep.-elect Rashida Tlaib, D-Mich., will be the first Muslim women in Congress.

Well sir, the floor of Congress is going to look like America...

And you’re gonna have to just deal 😂 https://t.co/mHQzj34ZTn

According to the Pew Research Center, there were an estimated 3.45 million Muslim Americans in the United States in 2017. It projected that by 2040, Muslims will replace Jews as the country’s second-largest religious group after Christians.

People on Twitter were not shy about expressing their support for Omar — or calling out Jackson.

Rev. Chuck Currie was quick to voice support for Omar as well.

As a #Christian minister, let me say to U.S. Rep.-elect @IlhanMN that your victory is a victory for #pluralism and #religiousfreedom. Bigotry is not a faithful response to God. My prayers are with you as you join #Congress. Congratulations! https://t.co/KG816f2hOP

More from Yahoo Style:
9 fantastical gifts for that unicorn-obsessed kid in your life
The best deals on the internet: 36 online sales to shop this weekend for everything from an Xbox One to designer clothes
Shop personalized holiday gifts that will impress everyone on your list